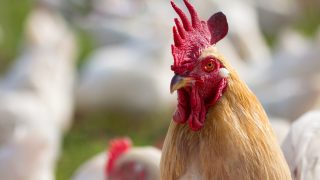 Advocates continue to fight law that penalizes whistleblowing on factory farms, other businesses in violation of the First Amendment

“Four other states’ Ag-Gag laws have been struck down by federal courts for violating the First Amendment,” says Animal Legal Defense Fund Executive Director Stephen Wells. “We are confident we will prevail and prevent Arkansas from keeping citizens and consumers in the dark about the harms of factory farms.”

Today’s appeal was filed in the U.S. Court of Appeals for the Eight Circuit in St. Louis. It follows the lower court’s February dismissal of a lawsuit challenging the Arkansas law as violating the First and Fourteenth Amendments of the U.S. Constitution. Federal courts have ruled that Ag-Gag laws in Iowa, Idaho, Utah, Kansas, and Wyoming are unconstitutional on free-speech grounds.

The plaintiffs are represented by the Public Justice Food Project and in-house attorneys for the organizations bringing the lawsuit.

As the name suggests, Ag-Gag laws seek to “gag” would-be whistleblowers and undercover activists by punishing them for recording footage of what goes on in animal agriculture. The laws were originally designed to prevent the public from learning about animal cruelty, but also shield from the public from key information about environmental pollution.

Arkansas’ law, enacted in 2017, is especially expansive. Not only does the law allow agricultural businesses to sue whistleblowers who expose the cruel conditions animals endure in factory farms, the law also bans undercover investigations of virtually all private entities, including nursing homes and daycare centers. Whistleblowers can be liable for tens of thousands of dollars just for exposing the truth.

The appeal is available upon request.