The Animal Legal Defense Fund, with a coalition of public interest groups, filed a lawsuit in Arkansas challenging the constitutionality of the state’s Ag-Gag law.

The Animal Legal Defense Fund led a coalition that filed a lawsuit in Arkansas challenging the constitutionality of the state’s Ag-Gag law — which prohibits undercover investigations that expose abuses at factory farms and other businesses throughout the state.

Enacted in 2017, Arkansas’ Ag-Gag law is far-reaching. The law allows agricultural businesses to sue whistleblowers who expose the cruel conditions animals endure in factory farms, the law also bans undercover investigations of virtually all private entities, including nursing homes and daycare centers. Whistleblowers could be liable for tens of thousands of dollars just for exposing the truth.

In this lawsuit, the Animal Legal Defense Fund, Animal Equality, the Center for Biological Diversity, and the Food Chain Workers Alliance, represented by Public Justice argue that Arkansas’ Ag-Gag law violates the First Amendment of the U.S. Constitution. The lawsuit, filed in the U.S. District Court for the Eastern District of Arkansas, seeks a declaratory judgment that the Ag-Gag law is an unconstitutional restriction on free speech.

Who is being sued, why, and under what law?  Peco Foods, Inc. and Prayer Creek Farm, under the U.S. Constitution for violating the First Amendment.

What court of the lawsuit filed in? U.S. District Court for the Eastern District of Arkansas

Why this case is important: The ability to investigate, document, and publicize corporate agriculture’s abuses is imperative to the well-being of animals across the nation and to our own health and safety. Factory farms want to keep their cruel practices hidden from the public, but the public deserves to know the truth about the billions of animals suffering on industrial farms and whether laws are being broken, jeopardizing food safety, workers’ rights, and environmental protections.

Undercover investigations have revealed severe animal abuse on factory farms — animals subjected to horrific violence, psychological and mental anguish, and painful, tortuous deaths. These investigations have also exposed standard industry practices like the confinement of pregnant and nursing pigs in crates too small for them to turn around, the removal of horns and tails from animals without anesthesia, and sick and downed cows dragged on the ground before they are slaughtered for lunch meat. 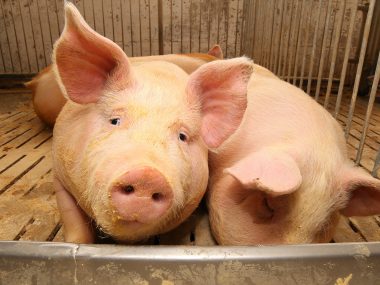 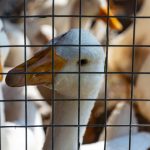