The Animal Legal Defense Fund sued Foster Farms, operator of a large slaughterhouse and chicken processing plant in Livingston, California, for its illegal use of vast quantities of water in violation of the California Constitution.

The Animal Legal Defense Fund filed a lawsuit against Foster Poultry Farms (Foster Farms), which operates a large slaughterhouse and chicken processing plant in Livingston, California, for its illegal use of vast quantities of water in violation of the California Constitution.

Foster Farms is Livingston’s largest water customer, accounting for more than 60% of the city’s water usage. It consumes approximately four million gallons of water each day, even though scientists say the region is in the midst of a megadrought and water use — including by residents — is otherwise restricted. Part of this disproportionate water use is due to Foster Farms’ choice to use “electric immobilization” as part of its live-hang slaughter process.

In live-hang slaughter, chickens are hung upside down with their feet shackled through metal slots and the live, conscious chickens are carried by conveyors through a pool of water that is charged with a low electric current that paralyzes them, but leaves them conscious and able to feel pain. Live-hang slaughter with electric immobilization is notorious for the animal suffering it causes, and it requires massive amounts of water. In addition to the water used to immobilize and defeather the chickens, large volumes of water are needed to clean the chickens’ bodies after they die because they vomit and defecate on themselves as they are handled on the slaughter line. Other common methods of slaughter use far less water and are less cruel.

The water that Foster Farms uses is drawn from the Merced Subbasin, a groundwater basin that the California Department of Water Resources has classified as “critically overdrafted.” In the suit, the Animal Legal Defense Fund argues it is unreasonable — and unconstitutional — for Foster Farms to use water from this critically overdrafted subbasin, particularly for a cruel and unnecessary purpose like live-hang slaughter with electric immobilization, to which there are feasible alternatives that use less water.

Court where the case was filed? Superior Court of California, County of Merced

Who is being sued, why, and under what law? Foster Farms, for its unreasonable use of water in violation of Article X, Section 2 of the California Constitution, which requires that the state’s water resources are “put to beneficial use” and prohibits “the waste or unreasonable use” of water.

Why this case is important: Live-hang slaughter with electric immobilization is a particularly inhumane method for killing animals, notorious for the animal suffering it causes. This method continues to be used to kill chickens in the U.S., though there are less cruel methods — controlled-atmosphere killing and controlled-atmosphere stunning — that are used in an increasing number of facilities, and that are safer for animals and workers. This lawsuit shines a light on the unreasonable use of water needed for the cruel practice of live-hang slaughter with electric immobilization. A victory could lead to a variety of better outcomes for animals, including the end of live-hang slaughter with electric immobilization at one or more facilities in California, especially as the state remains in a mega-drought.

In December 2020, the court issued a significant ruling, overruling Foster Farms’ demurrer and allowing the Animal Legal Defense Fund’s case to proceed. In doing so, the court rejected each one of Foster Farms’ arguments and held that the Animal Legal Defense Fund, as an animal protection organization, can litigate water use issues directly against industrial users of water. 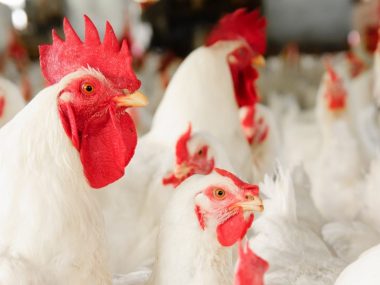 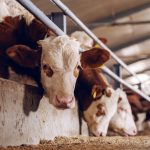