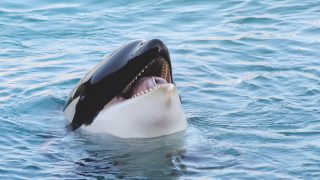 Tell the Florida Fish and Wildlife Conservation Commission that you care about protecting captive orcas!

If you live in or near one of these three locations, please attend the meeting and speak in support of protections for captive orcas during the public contact/unconfined captive wildlife portion of the meeting (see suggested talking points below). An Animal Legal Defense Fund staff member will also be speaking at the Tampa meeting.