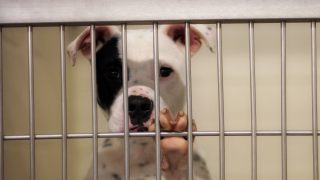 Summary: California Governor Gavin Newsom has signed two bills intended to reduce the killing of adoptable companion animals in the state. AB 2152 strengthens California’s ban on the retail sale of companion animals by resolving an ambiguity that resulted in pet stores selling fake “rescue” puppies sourced from commercial breeders. SB 573 requires shelters and animal control agencies to microchip all dogs and cats with current information before they are released for adoption or reclamation if lost. Both of these bills support California’s policy goal of becoming a 100 percent “no-kill state”—meaning no companion animal will be killed in a shelter facility due to lack of space or a treatable medical condition. While California has had this goal for 20 years, the state for the first time will invest funds to make it a reality.

AB 2152 . . . officially ends the retail sale of dogs, cats, and rabbits in California by closing a loophole in current law, while still allowing pet stores to partner with shelters and rescue organizations to showcase animals for adoption. The legislation builds on California’s landmark law enacted in 2017 banning the sale of dogs, cats and rabbits in pet stores, unless supplied by shelters or rescue organizations.

– Press Release from the Office of Governor Gavin Newsom

On September 19, 2020, California Governor Gavin Newsom signed AB 2152, which strengthens the state’s existing ban on the retail sale of companion animals — defined as dogs, cats, and rabbits — by resolving an ambiguity that emboldened some pet stores to circumvent the law by selling fake “rescue” puppies sourced from commercial breeders.

California was the first state to enact a ban on the retail sale of companion animals. The landmark law — passed in 2017 and effective in 2019 — prohibited pet stores from selling live dogs, cats, or rabbits unless they were obtained from an animal shelter or rescue group.

While an important step forward for companion animals in the state, California’s original law left room for malfeasance by the puppy mill industry. AB 2152 amends it to:

Prohibit a pet store from adopting out, selling, or offering for sale a dog, cat, or rabbit. The bill would authorize a pet store to provide space to a public animal control agency or shelter, or an animal rescue group, to showcase adoptable animals provided the animal displayed for adoption is both sterilized and adoptable for total fees not to exceed $500. The bill would prohibit the pet store displaying the dogs, cats, or rabbits from receiving any fees in connection with that display.

The key changes from the original are the cap on adoption fees, sterilization requirement, and prohibition on pet stores charging rescue groups a fee to display adoptable animals.

In a press release that noted AB 2152 was being signed one day before Puppy Mill Awareness Day, Gov. Newsom said: “In California, we are putting an end to the cruel puppy mill industry for good. I am proud to sign this legislation to advance California’s nation-leading animal welfare protections and help more pets join loving families.”

This bill, like SB 573 (discussed below), is intended to reduce and eventually eliminate the practice of killing heathy, adoptable animals in shelter facilities. As reported by the Orange County Register, according to analyses of AB 485, the original puppy mill ban, more than 100,000 animals are put to death in the California’s public shelters every year.

After California’s original retail sales ban became effective last year, it came to light that some pet stores were selling animals marketed as shelter animals but who were actually obtained from commercial breeders — commonly referred to as puppy mills. 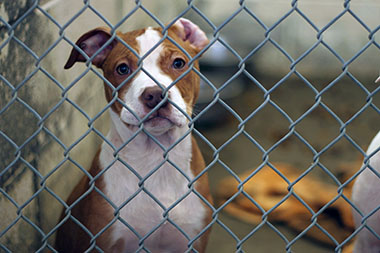 While pet stores were generally prohibited from selling live dogs, cats, and rabbits, they were allowed to sell them if the animal was obtained from an animal shelter or rescue group. In a process dubbed “puppy laundering,” these pet stores obtained puppies from sham rescue groups, which registered for nonprofit status with the IRS but in fact functioned as middlemen for commercial breeders.

In 2019, the Animal Legal Defense Fund filed a lawsuit against Animal Kingdom pet store and purported rescue group Bark Adoptions for unlawfully circumventing California’s retail sales ban and misleading consumers. Animal Kingdom was selling 8-week-old purebred and designer puppies for over $2,000 and claiming they were rescue dogs. The pet store obtained these puppies from Bark Adoptions, a new organization formed in 2018 — after California’s ban was passed and before it went into effect — that claimed to be a rescue but obtained its animals from commercial breeders and therefore did not meet the definition of “rescue group” under California law. 1 As we argue in the lawsuit, this scheme therefore violated California law and constituted an unfair business practice.

AB 2152 resolves the ambiguity that enabled this practice by capping adoption fees at $500. It also prohibits pet stores from charging rescue groups a fee to display adoptable animals.

Laws banning the retail sale of companion animals are part of a growing movement to combat puppy and kitten mills, large-scale commercial breeding facilities that keep up to thousands of animals in substandard, overcrowded, and unsanitary conditions while mass-producing them for profit. Pet stores that sell live animals are a crucial source of the demand that keep puppy mills in business, as they obtain their animals either directly from these operations or from third-party brokers who do. 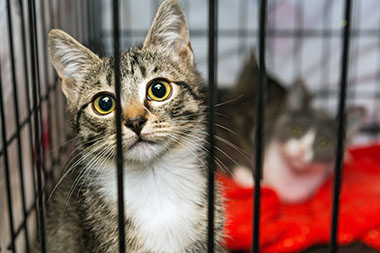 Animals in puppy and kitten mills are denied adequate socialization or exercise, and they often lack appropriate veterinary care, food, and water. As a result, animals bred in these facilities tend to suffer from myriad health and behavior problems. Like so many contexts in which animals are exploited, these living conditions are hidden from public view, and pet stores provide very little information to consumers about the origin of the animals.

Since Albuquerque passed the nation’s first ban on the retail sale of companion animals in 2006, the list of jurisdictions with similar laws has gained momentum and now includes two states as well as major cities like Chicago, Los Angeles, and Philadelphia. In 2017, California became the first state to pass a ban. Maryland passed similar legislation in 2018, and several jurisdictions have since enacted retail sales bans. 2

Outside the U.S., England passed a similar nationwide ban dubbed “Lucy’s Law,” which came into effect in April 2020.

Governor Newsom also signed SB 573, which as of 2022 requires shelters and animal control agencies to microchip all dogs and cats with their caregiver’s current contact information before releasing them for adoption or to a caregiver seeking to reclaim them if they were lost. This is because without identification only a small fraction of animals who end up in shelter facilities are reunited with their caregivers.

The bill contains exemptions for animals deemed “medically unfit” to be microchipped and those belonging to individuals for whom the cost of the procedure would impose an economic hardship.

Importantly, Governor Newsom also allocated $5 million to UC Davis to develop a program to help shelters throughout the state meet this goal. 3

As reported by KQED:

‘California has had a policy for 20 years that it’s the preference of the state that no healthy, treatable animal be euthanized. So that part is not new,’ said Dr. Kate Hurley, director of the Koret Shelter Medicine Program at UC Davis. ‘But what is new and just incredible is the governor investing state funds to make that a reality.’

Similar legislation was vetoed in 2011 by then-Governor Jerry Brown, who — though claiming support for its goals — cited concern for the financial burden on the government if it were to become state law. Gov. Newsom also vetoed an earlier version of this bill that did not have the exemption for low-income individuals.

The bill, sponsored by Social Compassion in Legislation, is aimed at reducing the number of companion animals killed in shelter facilities. According to the website of State Senator Ling Ling Chang, who introduced the bill:

More than 500,000 dogs and cats are brought into California shelters each year and more than half are euthanized. Only 15 percent of dogs and two percent of the cats in shelters without identification are ever reunited with their families. 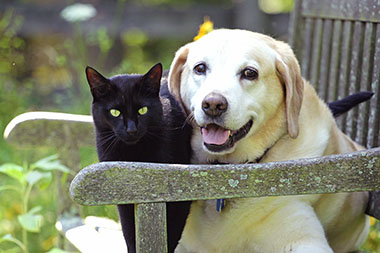 Governor Newsom said both of these bills serve California’s goal of becoming a 100 percent “no-kill state” — meaning no healthy dog or cat, or one with a treatable medical condition, will be killed in a shelter facility due to lack of space.

While policy goals are important, funding is a crucial component of making them a reality — therefore it’s significant that the governor also allocated funds in the state’s 2020-21 budget to support this goal. According to the UC Davis Koret Shelter Medicine Program, which is the recipient of the funding: 4

The desire to eliminate euthanasia as a management tool for animals that are not dangerous or suffering is not new; in fact, there is a two decade-old state policy stating no adoptable or treatable dog or cat be euthanized at an animal shelter. Yet last year California was second only to Texas in the number of animals dying in shelters. . . . What is new is a meaningful commitment from the state to help make the kind of life-saving success envisioned twenty years ago a reality for all communities . . . On January 10, 2020, Governor Newsom put forward the first proposal in California’s history aimed at addressing these disparities and closing the gap, ensuring that all California animal shelters have access to the training and resources needed to transform their organizations.

Legislation passed at the local level — frequently spearheaded by grassroots advocates — often “trickles up” to state law, and companion animal retail sales bans are a great example of this phenomenon. Hundreds of cities across the U.S. passed such laws before California and Maryland enacted statewide bans. Lobbying for local animal protection legislation is an effective way for you to help animals in your community and potentially beyond. To learn how to combat puppy mills and encourage adoption of animals in shelters in your community, see our legal resource “Retail Pet Sale Bans: Using Local Legislation to Protect Animals.”

It is important for law and policy to reflect that animals are sentient beings with inherent value, rather than commodities to be bought and sold. California’s stronger law mandating adoption rather than purchase of companion animals in stores reinforces that they are more than mere property. With its commitment to reuniting lost companion animals with their families, and policy goal of eventually ensuring no healthy companion animal is killed in shelter facilities, California sets an example for other states. 5