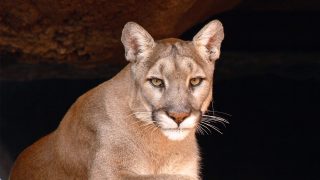 “These ‘one-feeding-kills’ poisons are devastating California’s wild animals, including some of the state’s most beloved species like mountain lions,” said Animal Legal Defense Fund Executive Director Stephen Wells. “California has taken a critical step towards safeguarding these animals from unnecessary suffering and death.”

The bill requires California regulators to reduce the threats to non-target wildlife before the restrictions on second generation anticoagulant rodenticides can be lifted.

Rodents who consume these poisons are in turn consumed by other wildlife, resulting in secondary poisoning and contamination of the food chain. Developed in the 1970’s, second generation anticoagulant rodenticides have higher potency than earlier compounds. A single dose has a half-life of more than 100 days in a rat’s liver.

Despite a 2014 ban on consumer sales, rodenticides continue to be heavily used by commercial operators. The California Department of Pesticide Regulation’s 2018 analysis of 11 wildlife studies determined anticoagulant rodenticides are poisoning a wide range of animals including mountain lions, bobcats, barred owls, and endangered San Joaquin kit foxes and Pacific fishers.

“There are safer and more sustainable methods available to protect public health without threatening California’s wildlife,” said Jonathan Evans, environmental health legal director at the Center for Biological Diversity. “We applaud Governor Newsom and Assemblymember Bloom for their leadership in protecting some of California’s most iconic wildlife.”

“Anticoagulants are wiping out the very wildlife that help control rodents naturally. There has been a groundswell of support for this bill, which takes a giant step to reduce secondary poisoning,” said Lisa Owens Viani, director at Raptors Are The Solution.

AB 1788 was introduced by Assemblymember Richard Bloom (D-Santa Monica) and cosponsored by the Animal Legal Defense Fund, Center for Biological Diversity, and Raptors Are The Solution.

There are safer alternatives to anticoagulant rodenticides. Exclusion and sanitation are the best approach to managing rodents. Sealing buildings, eliminating food and water sources, and trimming foliage and tree limbs from the sides and roofs of houses are important steps to reduce the presence of rodents.