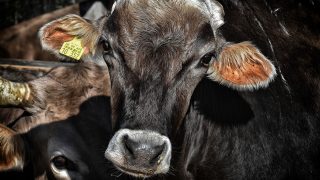 Over the years, Animal Legal Defense Fund has filed some of the most innovative lawsuits in history against the animal agricultural industry. During Animal Legal Defense Fund’s Speak Out for Farmed Animals Week, I’d like to share some of our greatest hits in litigation aimed at protecting farmed animals from harm and changing the laws that allow the horror of factory farming to continue.