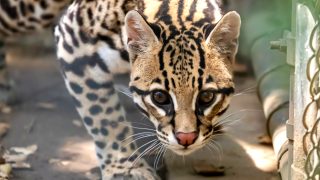 WASHINGTON — Today, the Animal Legal Defense Fund and CompassionWorks International submitted a petition for rulemaking to the U.S. Department of Agriculture’s (USDA) Animal and Plant Health Inspection Service (APHIS) urging the agency to issue a rule under the Animal Welfare Act (AWA) that would require licensees to record all instances of animal mortality occurring to animals in their possession — and file the mortality reports with the agency every three years. The petition asserts that the recordkeeping requirement already exists in the statute, and simply requires clarification of the terms in the law.

AWA-licensed dealers and exhibitors are required to maintain records regarding all animals in their possession who are “disposed” of, including the date of disposal. The regulation also requires these licensees to record instances of euthanasia, which creates ambiguity as to whether the categories are mutually exclusive or inclusive. The petition requests a clarification to the regulations to indicate that all animal deaths do fall under the term “disposal,” as licensees may be interpreting the terms to their advantage. This could result in unreported animal deaths as a result of potential AWA violations, which in turn will go unnoticed and uninvestigated by the USDA.

“The list of animals on the premises of a roadside zoo from one USDA inspection to the next can be vastly different — with no explanation for where grizzly bears or wolves have disappeared to,” says Animal Legal Defense Fund Executive Director Stephen Wells. “It is the USDA’s responsibility to monitor and protect animals in the possession of AWA licensees — but it can’t do that if it doesn’t know if the animals are alive or dead.”

The Animal Legal Defense Fund only learned of the deaths of multiple animals — some of them missing — through the litigation process. Some examples include:

Animal deaths can be emblematic of a lack of proper veterinary care and oversight at a facility. For example, deaths can indicate contagious disease, ongoing abuse, or improper diet. Mandatory mortality recordkeeping and reporting would provide the USDA with opportunities for early detection and intervention to protect the welfare of animals at facilities it regulates, furthering the purpose of the AWA.