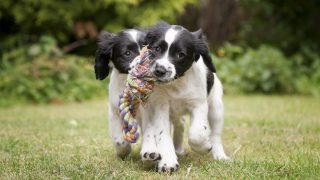 In early 2017, the U.S. Department of Agriculture (USDA) purged tens of thousands of important documents related to animal welfare from the agency’s website. The purged inspection reports documented violations of the federal Animal Welfare Act (AWA) and inhumane treatment of animals in research labs, zoos, circuses, and puppy mills, as well as by animal transporters. The agency also purged enforcement action records such as official warning letters, stipulations, pre-litigation settlement agreements, and administrative complaints against facilities violating the AWA.

On February 22, 2017 the Animal Legal Defense Fund, leading a coalition of organizations including Stop Animal Exploitation NOW!, Companion Animal Protection Society, and Animal Folks, sued the USDA. The lawsuit argued that the removal of the documents violated both the Freedom of Information Act (FOIA) and the Administrative Procedure Act (APA).

Last month, the Animal Legal Defense Fund won a critical victory in the fight to restore transparency to the animal welfare database — the Ninth Circuit Court of Appeals reinstated our lawsuit after the district court dismissed it two years earlier.

AWA Records are a Critical Tool to Protect Animals

The USDA is charged with enforcing the AWA – one of the country’s chief animal protection laws. It regulates the treatment of animals in research, exhibition — like circuses and zoos — transporters, and commercial breeders — such as puppy mill operators. The AWA is limited – it sets only minimal standards for animal care and is laxly enforced. Regardless, it remains an important law for animals and their advocates.

Prior to 2017, the USDA maintained a robust online database of inspection reports and enforcement records for facilities regulated by the AWA. Animal advocates, journalists, and the public long relied on these documents to track facilities’ compliance with federal law and monitor the agency’s enforcement efforts. The Animal Legal Defense Fund used the documents to build cases against facilities that neglect animals, and against the USDA for failing to properly administer the law.

For example, our latest lawsuit against Cricket Hollow Zoo, a roadside zoo in Iowa, relies, in part, on inspection reports detailing over a hundred animals, including bears, an albino raccoon, and angora rabbits, languishing at a facility that is often cited for failing to provide adequate veterinary care and sanitary conditions. The concealment of information like this allows facilities like Cricket Hollow Zoo to operate under a veil of secrecy.

Without the database, advocates are forced to proactively request the records instead, expending valuable resources on the requests and then waiting for months or even years to obtain records that were previously accessible online at the click of a button. Furthermore, concerned individuals can no longer easily access information about a breeder who they are considering purchasing a puppy from or a zoo they’re considering visiting.

The removal of the reports heralded a step backward for animals protected by the AWA. Over the last few years, the USDA has shifted away from enforcement to “education” where the regulated facilities are treated “more as partners than as potential offenders.” The agency launched a mere 15 enforcement cases as of the third quarter of 2018 compared to 239 cases in 2016.

However, chronically poor enforcement has plagued the USDA for years, spanning multiple administrations. The Office of Inspector General, charged with auditing and investigating the USDA’s programs and operations, has regularly found that the USDA fails to pursue enforcement actions against facilities in violation of the AWA and then minimizes penalties when enforcement actions are pursued. As a result, the work of protecting animals has largely fallen to outside organizations – making it more important than ever that these records be fully restored.

The Animal Legal Defense Fund’s lawsuit contends that the USDA’s decision to remove public access to the databases violated FOIA, which requires agencies to make publically available certain types of records including final opinions and orders, policy statements, and frequently requested records. The lawsuit also contended that the removal violated the APA, which prohibits agencies from taking actions that are “arbitrary, capricious, an abuse of discretion, or otherwise no in accordance with law[.]” The USDA itself has acknowledged that the records in question are “frequently requested” and that the database “has been a valuable resource for thousands of stakeholders searching for information about individuals and facilities regulated under the Animal Welfare Act.”

U.S. District Judge William H. Orrick dismissed the lawsuit on the grounds that FOIA does not provide a remedy to enforce the government’s obligation to publish certain types of records. Specifically, the district court ruled that courts cannot issue injunctions to enforce FOIA’s reading room provision.  Originally, reading rooms were actual rooms where government agencies filed records that were available for public inspection and copying. Today, these rooms have been replaced by electronic reading rooms in the form of online databases, like the USDA database at the center of the lawsuit.

The district court additionally dismissed the APA claim on the basis that FOIA’s process for proactively requesting documents provides an adequate remedy – animal protection groups can submit a FOIA request to the USDA for any desired records. But as explained above, relying on proactive FOIA requests creates a significant burden on groups by consuming significant organizational resources and delaying access to the records by months or years.

The USDA posts a limited database that allows users to search for inspection reports and research facility annual reports. However, the new database is significantly limited. For example, it does not contain enforcement action records (official warning letters, stipulations, pre-litigation settlements, and administrative complaints) and identifying information for many of the facilities is blacked out.

The Animal Legal Defense Fund’s opening brief defended its claims under FOIA and the APA.

In a significant victory for government transparency, the Ninth Circuit reversed the district court’s dismissal of the lawsuit’s FOIA claims, holding the statute does provide courts with the authority to order an agency to post certain public records in an online reading room. The panel’s majority wrote about the importance of an enforceable reading room requirement: “We can easily imagine the significant implications of rendering § 552(a)(2) [the reading room provision of FOIA] a dead letter; an agency would have no enforceable duty to post its important staff manuals, or its interpretation of the statute it’s charged with enforcing, or its final opinions in agency adjudication.” The majority also held that the APA claim was improper because FOIA already provides an adequate alternative remedy to enforce the reading room provision.

The Ninth Circuit remanded the case back to the district court to determine whether the coalition needs to do more to administratively exhaust its reading room claim (“exhaustion” of administrative remedies refers to whether the requester needs to give an administrative agency more of an opportunity to take an agreeable action) and whether the removed records qualify as the type that need to be published.

We look forward to continuing our fight to restore transparency to the database so that we can effectively hold accountable the many institutions – from puppy mills to research facilities to roadside zoos – that exploit and hurt animals.