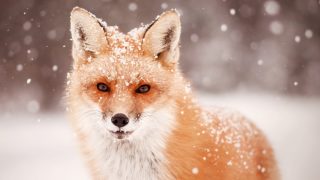 United States District Judge William H. Orrick dismissed the lawsuit, asserting that FOIA does not provide a remedy to enforce the government’s obligation to publish certain types of records. In today’s brief, the Animal Legal Defense Fund argues that FOIA provides jurisdiction to the district court — and to assert that the court does not, is tantamount to erasing the reading room requirement from the statute.

Reading rooms — formerly actual rooms with reading material filed for review — have been replaced by “electronic” reading rooms, in the form of website and document databases, like the APHIS database. The FOIA statue requires that any document that is requested via an individual FOIA request three times must be placed in a reading room.

“The suggestion that there is no legal recourse against government agencies’ noncompliance with the reading room provisions of the Freedom of Information Act would lay the groundwork for future blackouts of information from additional agencies with no checks,” says Animal Legal Defense Fund Executive Director Stephen Wells. “FOIA was clearly established to provide Americans the right to review, in a timely manner, regularly requested records — and the animal welfare records are crucial to our work as legal advocates for animals.”

The Animal Legal Defense Fund’s claims under the APA are also defended in the brief. The APA authorizes courts to set aside agency actions if they are “arbitrary, capricious, an abuse of discretion, or otherwise not in accordance with law” if there is no adequate alternative remedy available elsewhere in the law.

Without addressing whether the USDA’s action was arbitrary or capricious, the court dismissed the APA claim on the basis that FOIA provides an adequate remedy because coalition members could submit a traditional FOIA request to the USDA for records. But obtaining animal welfare records through traditional FOIA requests significantly burdens countless animal protection organizations and other agencies. Records which were previously immediately accessible at no cost now require each individual organization to manage voluminous FOIA requests that take several months or even years to process, not to mention the possibility of large fees.

The organizations in the coalition led by the Animal Legal Defense Fund, include Stop Animal Exploitation NOW!, Companion Animal Protection Society and Animal Folks. They are represented pro bono by Margaret Kwoka, Associate Professor at University of Denver Sturm College of Law.