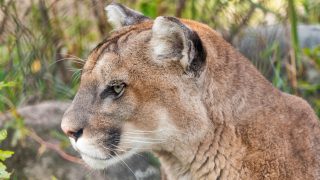 You’ve spoken, and California legislators are listening. AB 1788, the California Ecosystems Protection Act, has passed the California Assembly and several Senate committees. It’s next being heard by the Senate Appropriations Committee – and we need your help to ensure AB 1788 makes it through this step!

AB 1788 would ban super-toxic rat poisons – second generation anticoagulant rodenticides – throughout the state, except for agricultural use or by special permit.  These are the most toxic – “one feeding kills” – poisons that stay in rodents’ systems long after death and contaminate the food chain. AB 1788 would also ban the use of less potent, though still very dangerous, first generation anticoagulant rodenticides on state-owned lands.

This bill is urgently needed. California’s wildlife is being poisoned to death. A recent state analysis found that more than 85% of California mountain lions, bobcats, and Pacific fishers have been exposed to these dangerous poisons.

We need everyone to call their state senator in support of AB 1788! If you’re not sure who your senator is, find out here. Please only call your personal senator. Calls to legislators who do not represent your district are counterproductive and could endanger the bill.

Sample Message: I am your constituent, and I care about protecting California’s wildlife. Please vote YES on AB 1788, the California Ecosystems Protection Act.

Thank you for speaking up for California’s wild animals