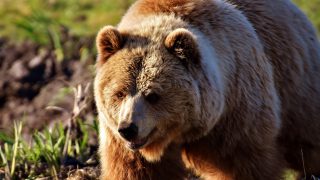 The Individual Within the Whole: Considering the Wellbeing of Individual Animals in Environmental Reviews

Considering a policy or law’s impact on the overall population of an animal species is required by multiple federal and state environmental laws. Will the construction of a border wall result in the extinction of the Mexican gray wolf? Will permitting the use of certain pesticides adversely affect wild orca population numbers?

These questions view the species as a set, often ignoring the impact on individual members. The Animal Legal Defense Fund cares not only about robust population numbers, but also about the individual orcas and Mexican gray wolf families that are adversely impacted by our country’s policies. But do environmental reviews have to consider the well-being of individual animals rather than considering only how an action impacts a species’ overall population numbers? The Animal Legal Defense Fund argues that they do.

In 2016, the Animal Legal Defense Fund filed a lawsuit on behalf of the Public Interest Coalition, a grassroots organization in California, after the California Fish and Game Commission voted unanimously to amend state regulations to allow hunters to use GPS dog collars while hunting mammals and “treeing switches” (radio telemetry that alerts a hunter when an animal might be treed). A hunted animal is “treed” when hunting dogs chase them up a tree, and wait at the bottom barking, holding the animal hostage with fear. Treeing is used for animals including cougars and black bears. The Animal Legal Defense Fund argued the Commission violated the California Environmental Quality Act (CEQA) by failing to consider the detrimental impact the decision will have on wildlife.

In response to the lawsuit, the Commission revisited the amendment. But at the end of 2017, it voted again to allow GPS collars and treeing switches. And once again, the Commission failed to conduct a proper environmental analysis. CEQA is a powerful law that mandates all public agencies evaluate projects and regulations that could significantly impact the environment. But the Commission did not consider the impact of the changes on the welfare of individual wild animals. The Animal Legal Defense Fund is suing the Commission once again, this time as a plaintiff in the lawsuit.

The new regulations make it easier to hunt and incentivize hunters to use dogs more often. Instead of staying in close physical proximity to hunting dogs, a hunter can simply track the dog on an electronic screen. A dog could roam for miles in search of a wild animal, out of the sight and control of the hunter. An increased number of unsupervised dogs roaming wildlife habitat equals more harm to wild animals. Unsupervised dogs are more likely to trap, injure, or even kill animals that may not be legally hunted like an endangered animal or adolescent animals. Further, the dogs themselves are vulnerable to attack by wild animals.

But even if a dog does not pursue an animal, the presence of dogs themselves disturbs a wild animal’s daily routine. State regulation defines harassment as an activity “that disrupts an animal’s normal behavior patterns.” The government already acknowledges that the presence of dogs disrupts or “harasses” wildlife – companion dogs are either prohibited or required to be on leashes across many public lands in the state.

This same reasoning behind restricting companion dogs should have been applied before the Commission allowed GPS collars and treeing switches. The hunting industry is taking advantage of these technological advancements to the detriment of wild animals. The Commission is legally obligated to consider the impact of new hunting technology on the wellbeing of individual animals. We may not know their names, but each animal and her wellbeing is important – and not merely as a representative of her species.