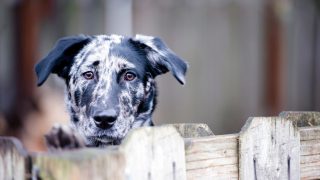 On November 23, 2018, the Brussels Parliament unanimously voted to recognize animals – previously categorized with property and immobile goods – as a special category. Under the new legislation, animals will be categorized as “a living being endowed with sensitivity, interests of its own and dignity, that benefits from special protection.” Similar measures that would codify this understanding of animals as sentient beings are reportedly being considered at the federal level in Belgium, as well.

According to the Brussels Secretary of State in charge of animal welfare, Bianca Debaets, “The ultimate aim is for animals to benefit finally from the legal status that corresponds to their biological nature.”

Most recently, in September 2018, Slovakia updated the definition of “animals” in its Civil Code to reflect that they are living beings, not things. The Slovak Spectator reports that under the new definition, “animals will enjoy special status and value as living creatures that are able to perceive the world with their own senses. Provisions on movable things apply to animals but not if it contradicts the nature of an animal as a living creature.”

Several countries have also included provisions relating to animal sentience, dignity, or protection in their constitutions, most recently Austria in 2013[4] and Egypt in 2014[5].

In the U.S., animals are classified as property and for the most part considered to be “objects” under the law. However, some state legislatures have addressed animal sentience. For example, as a result of legislation that the Animal Legal Defense Fund helped draft and pass in 2013, Oregon law recognizes that “animals are sentient beings capable of experiencing pain, stress and fear[6].”

What effect these laws will have on everyday practices or enforcement remains to be seen, but they are undoubtedly a step in the right direction and signal a growing awareness that the law is antiquated in many cases when it comes to its conception of animals. Animals are different from “property” in significant and intrinsic ways, and the law should evolve to recognize them as such.

[1] In “France: Animals Granted New Legal Status,” Nicolas Boring claims this change will have little practical impact and is seen by most to be symbolic. In contrast, Alice DiConcetto, in “The 2015 Amendment to the Code Civil in France: Animals as sentient beings, and as non-property,” argues: “This highly nuanced change may seem slight, yet it is an essential step... the section is significant and tangible progress: under the French Civil Code animals are not property anymore. It is now up to the courts to give a meaningful interpretation of section 515-14 of the Civil Code, and to confirm that animals are non-property.”