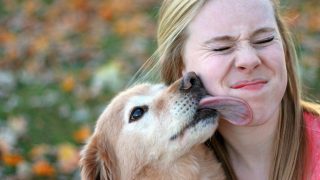 DeLand, Fla. – Florida resident Micheline Boutin is suing an emergency veterinary clinic and the attending veterinarian for veterinary malpractice that allegedly lead to the death of Frankie, her Doberman Pincher / Great Dane mix dog. The Animal Legal Defense Fund, the nation’s preeminent legal advocacy organization for animals, has filed an amicus curiae (“friend of the court”) brief arguing that the plaintiff is entitled to compensation for Frankie’s intrinsic value.  Heidi Mehaffey of the law firm of Robert Hartsell provided pro bono support on the brief.

Under the law, pets are defined as property, and because Frankie was a mixed breed dog, he has no market value. The Animal Legal Defense Fund recognizes that animals are not just property, and have an inherent value that should be accounted for in cases like this one.

On an October evening in 2014, Boutin brought her dog Frankie to the Saint Augustine Regional Veterinary Emergency Center, where a veterinarian diagnosed Frankie with gastric dilatation volvulus. This condition, commonly called “bloat” in dogs, is a life-threatening condition that progresses rapidly and requires immediate surgery. Boutin’s lawsuit alleges that the veterinarian waited more than four hours to begin surgery on Frankie, despite completion of all necessary testing, causing his condition to deteriorate and ultimately lead to his untimely death.

Boutin sought compensation for Frankie’s intrinsic value, but the case was dismissed . The Animal Legal Defense Fund’s brief supports Boutin’s appeal of the decision and urges the court to recognize that the proper measure of damages for a dog is the dog’s intrinsic value to her owner.

“Frankie was unique, and he’s irreplaceable to his family,” says Stephen Wells, executive director of the Animal Legal Defense Fund. “One of the fundamental failings of our current laws is that animals are viewed as mere property. Courts across the nation are finally beginning to recognize people’s strong emotional attachments to animals, and we hope Florida’s Court of Appeals will do the same. The Animal Legal Defense Fund will continue working within the legal system to set a standard that reflects the true value of animals.”

The intrinsic value of animals is starting to be recognized in wrongful death and injury cases. A Washington jury recently awarded Jim Anderson $36,000 in damages, including compensation for his dog’s intrinsic value, in his case against his neighbor who shot and killed his dog Chucky. In March 2016, an Oregon rancher was awarded nearly $250,000, including $100,000 for emotional distress damages, after three of his Great Pyrenees livestock guardian dogs were shot and killed by two brothers out hunting.