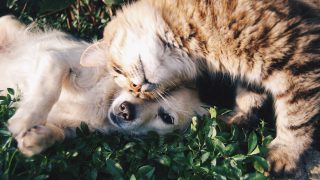 Damages in Cases of Negligence Should Reflect Non-economic Elements

Atlanta, GA – Today, the Animal Legal Defense Fund, the nation’s preeminent legal advocacy organization for animals, filed a “friend of the court” brief in the Georgia Supreme Court, in support of a family suing Barking Hound Village for gross negligence that allegedly led to the death of the family’s dog, Lola.

In May 2012, Robert and Elizabeth Monyak left their dogs—Lola, an eight-year-old dachshund mix, and Callie, a much larger ten-year-old lab mix—at the Barking Hound Village’s boarding facility while on vacation. According to the lawsuit, the staff mistakenly gave Callie’s daily dose of Rimadyl—an anti-inflammatory drug for arthritis—to Lola during their twelve-day stay. The repeated overdoses caused Lola acute kidney failure, which required extensive veterinary treatment and eventually led to her death in March 2013.

Evidence suggests Barking Hound Village realized its mistake and attempted to cover it up. After giving the wrong medicine to the dog and failing to alert the Monyaks to their mistake, the facility allegedly failed to properly complete the medicine log, lost the log, and apparently erased surveillance videotapes.

Barking Hound Village asked the trial court to dismiss the suit, claiming the dog’s life was worth only “market value” or purchase price, which, as a mixed breed, amounted to nothing. The court denied the motion, holding that the Monyaks were entitled to recover veterinary costs as well as Lola’s intrinsic value. After the boarding facility appealed, the Court of Appeals upheld the trial court’s decision, rejecting a market value cap but ruling that Lola’s value could be proved only through economic evidence.

Animal Legal Defense Fund’s brief urges the Supreme Court to affirm the Court of Appeals decision permitting damages that exceed market value, but also to include non-economic elements. The brief argues that companion animals like Lola are intrinsically valued family members whose value to their guardians far exceeds their negligible market value.

“Barking Hound Village obviously recognizes the value its clients place on their dogs,” said Stephen Wells, executive director of the Animal Legal Defense Fund. “Its website states that ‘your dog is part of our family.’

The company can’t have it both ways, capitalizing on its clients’ strong emotional attachment to their pets but refusing to pay damages that reflect their intrinsic value. We’re hopeful that Georgia’s Supreme Court will join other courts across the nation in recognizing that when beloved family members like Lola are negligently injured or killed, their value must be reflected in the damages their families are entitled to by law.”