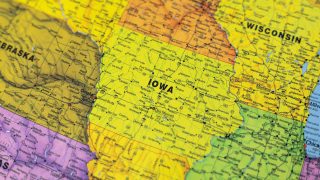 The Animal Protection Laws of Iowa compendium contains the general animal protection and related statutes for Iowa with an effective date on or before September 1, 2021.

Regulation
In 2018, the Animal Legal Defense Fund asked the USDA to revoke Ruby Fur Farm’s license, issue the maximum penalty allowable against the breeding facility for its violations, and stop purchasing animals from the facility for use in USDA research.
Read More