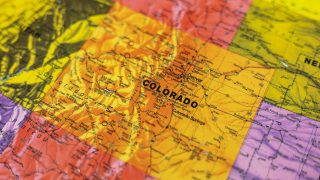 The Animal Protection Laws of Colorado compendium contains the general animal protection and related statutes for Colorado with an effective date on or before September 1, 2020.

Regulation enacted on April 30, 2020
In 2020, Colorado adopted regulations banning killing contests for coyotes and foxes, as well as other small mammals.
Read More