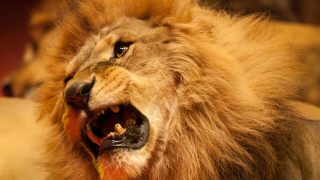 An Act Relative to the Use of Elephants, Big Cats, Primates, and Bears in Traveling Exhibits (H.3376/S.2251)

Prohibits the use of certain wild animals in circuses and traveling shows in Massachusetts.

Wild animals in circuses spend most of their days in cramped, barren cages, deprived of the ability to engage in their natural behaviors. Forced to perform frightening and sometimes painful tricks, they often endure a lifetime of misery.

An Act Relative to the Use of Elephants, Big Cats, Primates, Giraffes, and Bears in Traveling Exhibits (S.2251), known as the “Circus Bill,” would prohibit the use of certain wild animals in circuses and traveling shows in the Commonwealth. It would not impact brick-and-mortar facilities.

Many wild animal exhibitors that perform in Massachusetts have histories of federal Animal Welfare Act violations and dangerous public safety incidents. The Commerford Zoo, for example, is a Connecticut-based traveling circus that frequently exhibits at Massachusetts’ fairs and other venues, which has been cited more than 50 times for violations ranging from inadequate veterinary care to poor sanitation and where two elephants died in 2019. One of those elephants, Beulah, was an Asian elephant born in the wild in Myanmar in 1967, then imported to the U.S., and  sold to the zoo before she was six years old. Just prior to Beulah’s death in 2019, she was seen collapsing multiple times at the Big E in West Springfield, Massachusetts. Minnie, another Asian elephant, continues to be exploited by Commerford.

The Massachusetts Circus Bill is sponsored in the Senate by Senators Bruce Tarr (R-1st Essex and Middlesex) and Adam Gomez (D-Hampden) and in the House by Representative Bradley H. Jones (R-20th Middlesex) and former Representative Lori Ehrlich (D-8th Essex). S.2251 and H.2251 were referred to the Joint Committee on Tourism, Arts and Cultural Development on March 29, 2021; they were heard on November 19, 2021 and S.2251 was reported out favorably, carrying the House bill, and referred to the Senate Ways and Means Committee on February 3, 2022.

During the 2019-20 legislative session, animal advocates gathered in front of the Massachusetts State House along with the Animal Legal Defense Fund and other animal protection groups to rally for wild animals exploited by circuses in advance of a hearing on legislation to prohibit the use of certain wild animals in circuses and traveling shows.

Representative Sarah Peake testifying in support of the bill