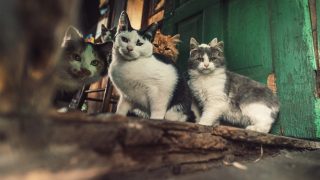 Update: The 2019 Texas legislative session ended in May. Unfortunately, SB 804/HB 2012  did not advance out of the legislature. The Texas legislature meets every two years, and the next session is scheduled to begin January 21, 2021. We look forward to working with Texas legislators to introduce new legislation protecting animals then.

Possession bans keep people convicted of egregious animal abuse crimes away from animals – protecting animals from being similarly victimized in the future. Considering the rate of recidivism for certain types of animal abuse – such as animal hoarding – is close to 100%, possession bans are critical to keeping animals safe.

SB 804, sponsored by Senator José Rodriguez, and HB 2012, sponsored by Representative Eddie Lucio III, allow judges to prohibit people convicted of serious animal cruelty crimes from possessing or exercising control over any animal, as well as living in a household where animals are present.

Additionally, the judge may require defendants to participate in psychological counseling or another appropriate treatment program. These sentencing measures help end the cycle of cruelty permanently, allowing abusers to get the treatment they need.

Recognizing the strong link between animal cruelty and violence against humans, more and more states have recently taken steps to protect both humans and animals by enacting possession bans. As of 2018, 31 states have similar laws empowering judges to prohibit convicted animal abusers from possessing animals. 7 states created or strengthened their bans in 2018.