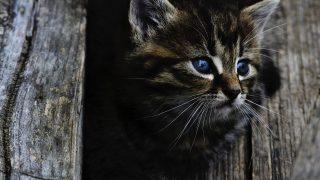 The proposed bill would amend a 2017 animal cruelty law — that established bestiality as a crime — and would allow judges the discretion to prohibit a defendant from possessing or exercising control over any animals or residing in a household where animals are present.

Commonly referred to as “possession bans,” these laws are one of the most effective ways to ensure a person convicted of animal cruelty does not reoffend. Along with psychological evaluation and treatment, these sentencing measures can ensure that the root of the issues is addressed, reducing the likelihood of recidivism.

Disrupting the cycle is important. People who hurt animals don’t stop with animals. There is an established link between cruelty to animals and violence toward humans — regularly referred to as “The Link.” This link makes it critically important that cruelty toward animals be taken seriously by law enforcement, and by society at large. This is for the sake of the animals themselves, and for people who are also at risk.

“Preventing animal abusers from having future contact with animals is an important tool for judges to have in their toolbox,” says Animal Legal Defense Fund Executive Director Stephen Wells. “Possession bans are most effective when they can be imposed on serious animal abusers of all types – not just in cases of bestiality – and therefore help to prevent even more future animal victims.”

There is a proven cycle of repeat animal cruelty offenders; the Possession Ban bill can help to end this cycle by separating offenders from potential new victims. By preventing future cruelty to animals, the law can help save local agencies and shelters resources — like the cost of housing and caring for future animal victims during lengthy trials.

“It is outrageous that the courts are not currently authorized to prohibit offenders convicted of animal cruelty from being around the very animals they abuse,” said Sen. Rodriguez. “Like domestic abuse, these abusers should be banned from being in and around their victims. I am proud to author SB 804 to end animal abuse and protect our beloved pets.”

Many convicted animal abusers demonstrate through their actions that they are not fit to possess or have contact with animals. Possession bans offer law enforcement officials an additional tool to monitor and quickly intervene to protect at-risk animals and prevent animal abuse in their communities.

“It is critical that animal cruelty offenders are not allowed to further terrorize defenseless animals,” said Rep. Lucio III. “Texas judges should have the tools to remove pets from those that do them harm. Convicted offenders should not be allowed around animals until it is clear that they can show animals the respect they deserve.”