The Animal Legal Defense Fund filed a petition with the FTC asking the agency to take action to stop Bumble Bee, Chicken of the Sea, and StarKist from making deceptive claims to consumers.

In 2012, the Animal Legal Defense Fund filed a petition with the Federal Trade Commission asking the agency to take action to stop Bumble Bee, Chicken of the Sea, and StarKist from making deceptive claims to consumers about the dolphin-safety and sustainability of their tuna products.

The petition outlined the environmentally devastating practices–including practices that can lead to dolphin mortality–of the companies, each of which promotes its tuna as “sustainable” and “dolphin-safe.” These claims are deceptive and constitute false advertising to consumers, who rely on the accuracy of such representations to make informed purchasing decisions.

Bumble Bee and Chicken of the Sea claim to be “100% dolphin-safe,” and all three of the suppliers named in our petition state they will not purchase tuna caught in association with dolphins — a significant concern because tuna often swim together with dolphins. While approximately half of tuna consumers believe the dolphin-safe label means no dolphins died for the tuna in their can, the number of dolphins killed or injured by “certified” dolphin-safe tuna fishing methods in reality could number in the thousands every year.

An additional concern is that on their packaging and their websites, the top three tuna suppliers all outline their commitment to “sustainable” fishing practices — ones that won’t deplete resources or harm the natural cycles of tuna or other marine life.

However, the longlines and purse seine nets used to catch approximately 75 percent of the world’s tuna — including tuna sold by Bumble Bee, Chicken of the Sea, and StarKist — kill millions of non-target marine animals as “bycatch” every year. Because these companies falsely advertise their commitment to sustainability, reasonable consumers would be led to believe they are not supporting such environmentally destructive practices. 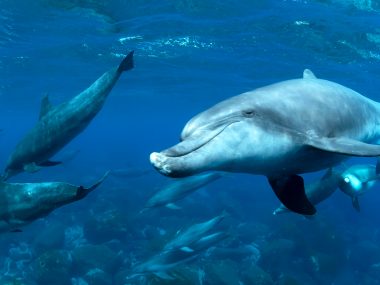 $5,000 Reward for Information Regarding Dolphin Stabbed to Death in Gulf of Mexico

Animal Legal Defense Fund offers reward for information leading to the arrest and conviction
May 3, 2022 Wildlife 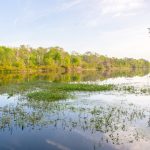 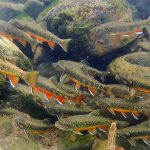