Defending an Individual’s Right to Protect Her Dog

The Animal Legal Defense Fund filed a lawsuit against a West Virginia State Police trooper for violating Tiffanie Hupp’s civil rights and breaking West Virginia law by nearly shooting a tied-up dog, and then arresting Hupp for saving the dog.

Remanded to district court on appeal

In May 2015, West Virginia State Trooper Seth Cook walked onto a property in Waverly, West Virginia, where Buddy the dog was tied on a tether. Buddy wagged his tail.

Captured on video, Cook approached, drew his loaded gun, and pointed it at Buddy’s head. At the time, plaintiff Tiffanie Hupp was playing with her 3-year-old son Riley nearby. Cook directed those present to ‘control’ the dog. So Hupp swiftly moved toward Buddy and the gun-wielding state trooper, in an effort to save Buddy and to spare her son the trauma of seeing his beloved dog shot.

Cook grabbed Hupp, threw her down, pushed her against the police car, and arrested her. Cook then entered another plaintiff’s home—without warrant or consent—and confiscated the cell phone that had recorded Cook’s behavior. As a result of Cook’s actions, the state prosecuted Hupp for misdemeanor obstruction. A jury viewed the cell phone video however, and acquitted her in 2016.

The U.S. District Court for the Southern District of West Virginia dismissed the case on summary judgment. The plaintiffs have appealed to the Fourth Circuit Court of Appeals.

Though Craigslist has officially banned the sale of animals, animals are routinely sold on its platform. Farmed animals including pigs to dogs and cats to lizards and snakes continue to be advertised and purchased on Craigslist under the guise of “re-homing.”
November 16, 2020 Companion Animals Farmed Animals 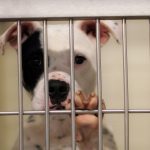