The Animal Legal Defense Fund sued the California Exposition and State Fair and Regents of the University of California on grounds that the State Fair's inhumane treatment of nursing and pregnant pigs violates state animal cruelty laws.

California has long been a leader in animal protection laws. But pigs kept at the California State Fair have suffered greatly, at taxpayer expense: pigs who recently gave birth being were exhibited in body-gripping “farrowing crates” for three weeks at a time, unable to walk, turn around, or stand comfortably.

In 2013, the Animal Legal Defense Fund and two California taxpayers brought a lawsuit in state court against the California Exposition and State Fair and the Regents of the University of California. The lawsuit alleged that taxpayer resources were unlawfully used to transport, confine, and exhibit pregnant and nursing pigs at the Livestock Nursery Exhibit at the California State Fair, in violation of the state’s animal cruelty law. Specifically, California Penal Code section 597 prohibiting needless animal suffering, and Penal Code section 597t requiring that anyone confining animals must provide them with an adequate exercise area.

The Superior Court of the State of California in the County of Alameda dismissed the lawsuit in 2013. Among other grounds, the court ruled that taxpayers do not have standing to challenge animal cruelty. In 2015, the California First District Court of Appeal upheld the lower court’s decision that taxpayers lack standing to stop animal cruelty committed by the government on the taxpayers’ dime. The court never reached the question whether confining pigs in farrowing crates violated the animal cruelty law because the case was dismissed on procedural grounds. 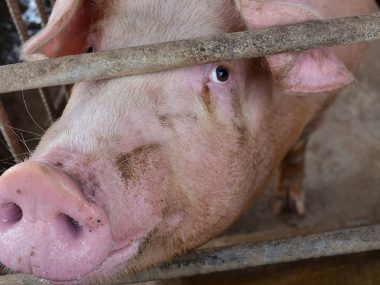 The Animal Legal Defense Fund filed a lawsuit against the California Exposition and State Fairs (Cal Expo) and Regents of the University of California for illegally confining pregnant and nursing pigs in the Livestock Nursery Exhibit at the CA State Fair.
February 16, 2017 Farmed Animals 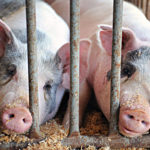