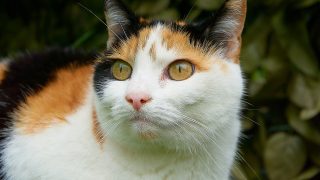 What To Do if You Witness Animal Cruelty Online

The Internet and social media are reflections of our society — the good, the bad, and the ugly. All too often the Animal Legal Defense Fund gets calls and emails from people who have stumbled across digital content that contains images depicting obvious acts of animal abuse asking us what they should do about the evidence they have discovered.

Before we get into the details of the answer, to avoid a common point of confusion, let’s ensure we are all clear about the content at issue here. As a general rule (subject to a handful of key exceptions related to obscenity), images depicting criminal conduct are not illegal to possess, share, or distribute—thank you First Amendment.

As outrageous as that may seem, remember that the cruel conduct depicted in those images is illegal and that is where we must focus the effort. The key obscenity-related exceptions noted above involve child pornography, crush videos and other content that qualifies as criminally obscene, but those are topics for another conversation.

Thus, for purposes of this piece, we are focused on how we identify the people who posted the digital images depicting animal cruelty as they are, at a minimum, presumptively linked to the illegal acts depicted in those images.

Understandably, when someone is first exposed to this digital carnage, their initial reaction is to get those images pulled off the site as soon as possible. However, that is the worst possible first step because once the data is pulled off of the site it is (as a general rule) gone and not recoverable and cannot be used as evidence at a trial. That means the key evidence contained in the file and the ability to trace the posting back to the IP address used to upload the content is gone. So, resist the impulse to get the offending content removed before law enforcement has an opportunity to preserve it for trial.

Your first step is to download (screenshots are weak evidence, so only use them as a backup) the images at issue and collect all of the account details that you can—like the poster’s account name and other identifiers, the full text of account owner’s posting(s), any comments posted with the images, etc.

While most social media sites scrub (or remove) metadata from uploaded images, downloading the image makes it easier to diagnose whether a still image is authentic or has been Photoshopped in some form. (Yes, there are people out there who doctor photos and post them just to see the outraged reactions they will get).

Armed with the information you’ve collected, law enforcement can get to work sending the legal process required (e.g., grand jury subpoena or search warrant). In lay terms: (1) law enforcement will first contact the host site to get the original content that was uploaded, the date and time it was uploaded, any data regarding the location the file was posted from if they maintain that data, the IP address, and any interaction other individuals had with the post; and (2) once the officer has these details, law enforcement is able to send legal process to the poster’s Internet Service Provider (ISP) for the subscriber information associated with the IP address used to complete the upload.

Once this information is received, which can take some time, officers will most likely have sufficient probable cause to apply for a search warrant to have a look at the poster’s devices. Once law enforcement has access to the devices, the officer can search for the original images that were the subject of the offending post and all of the metadata that comes with digital images.

A word about metadata associated with digital images: unless special care is taken, those who shoot videos or take photographs create more than just the images at issue—they also capture the metadata for those images. Image metadata (commonly known as “EXIF” data) contains some key information like the GPS coordinates of the location of the image, the date and time the image was taken, the manufacturer and model number of the camera—things like that.

Thus, EXIF data is highly relevant to prosecutors who will later have to prove the identity of the offender, the jurisdiction and venue of the offense, and that the acts depicted in the images occurred before the expiration of the relevant statute of limitations. Stated another way: EXIF data helps prosecutors prove the “when” and “where” in the world of “who, what, when, where, and how.”

But here is the rub: as a general rule, the only way to get EXIF data is from the file itself and that generally means retrieving it from the original recording device. As noted above, gaining access to those devices is, at least, a two-step process that only works if the host site still has the original posting at the time law enforcement gets to work on the case. So, please DO NOT demand that the site pull the images—there is a lot of work to be done first.

Additionally, DO NOT comment on the image or the poster’s account or share the posting. This could tip them off that law enforcement is on the case, leading them to remove the image or video before police can preserve essential evidence.

This protocol will work most of the time, but as is true in life, not in every case. However, making a good-faith effort to ID these people is the best we can do. It is an ugly world out there, but with your help, we can visit some real accountability on those who use the Internet as a vehicle to stroke their egos when preying upon the voiceless and vulnerable.