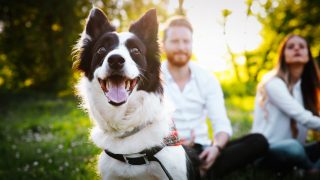 New Hampshire (14) and Montana (37) were the most-improved states in 2019, in part because both states updated their laws regarding what procedures are followed after an animal has been seized from a suspected abuse or neglect situation. Montana now requires that a bond be posted covering the costs of caring for a seized animal up until trial. New Hampshire also enacted laws mandating post-conviction possession bans and laws prohibiting animal fighting paraphernalia — two of the year’s major trends. Last year New Hampshire was ranked at number 19, with Montana at 43.

“The Animal Legal Defense Fund’s annual ranking report highlights the disparity in our animal protection laws from state to state,” says Animal Legal Defense Fund Executive Director Stephen Wells. “Few people know what animal protections laws exist in their state, and can be very surprised when tragedy strikes — and an animal is hurt or killed — and there are no laws to ensure justice for that animal.”

The U.S. Animal Protection State Laws Rankings Report lays out a clear path forward — for all jurisdictions — to strengthen legislation.

The rankings are based on a comprehensive review of each jurisdiction’s animal protection laws including over 3,000 pages of statutes. This is the longest-running and most authoritative report of its kind, and tracks which states are prioritizing animal protection and working to improve their laws.

The full report is available here.