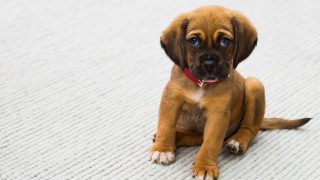 Maryland has joined the growing list of states that require research facilities to make efforts to find adoptive homes for healthy, surviving dogs and cats rather than putting them to death at the conclusion of the research.

Maryland’s new law, dubbed the “Beagle Bill,” was signed by Governor Larry Hogan on April 24, 2018. It is the seventh such bill to be passed into law in the U.S. at the state level since 2014. Similar laws requiring cats and dogs used for research to be given a chance at adoption have been enacted in California, Connecticut, Illinois, Minnesota, Nevada, and New York.

Prior to 2014, there were no laws that addressed the fate of dogs and cats used in research who are still alive at the end of the experiments. This is changing, thanks to the lobbying efforts of organizations like the Rescue and Freedom Project, which spearheads these “Beagle Freedom Bills,” as the legislation is often called — named after the breed of dog most often used in research and testing due to their size and gentle nature. For now, these bills apply only to dogs and cats and do not cover the many other types of animals used in research, like mice, birds, and fish.

Like most animal protection bills, this one faced industry opposition. According to the Pew Charitable Trusts:

The changes are coming despite opposition from top universities that…don’t want the extra paperwork that might go with adoption programs. Johns Hopkins University in Maryland, the University of Illinois at Urbana-Champaign, and several private and public universities in California initially opposed the measures. Some dropped their opposition, though, after gaining some concessions in the wording of the bills.

In Maryland, these concessions included removing reporting requirements from the bill, which would have required laboratories to file documents with the state informing them about which rescue groups have taken in each cat and dog. (The other states that have passed similar laws have also foregone reporting requirements.) Some advocates – including the Maryland legislation’s sponsor, State Delegate Benjamin Kramer – worry this will make the law impossible to enforce. However, Delegate Kramer has said he is determined to strengthen the law in the future.

As reported by Bethesda Magazine:

… Kramer was not happy with the final form in which the latter legislation—popularly dubbed the “Beagle Bill” — emerged. And he is poised to push additional restrictions in the 2019 legislative session if, as widely expected, he is elected to an open state Senate seat in November.

“[When] it came out of the Senate, the amendments completely neutered the bill,” charged Kramer…“Once those amendments passed, we were left with a bill with a beautiful title — and nothing more.” He pointed the blame at one of the state’s most prominent research institutions: Johns Hopkins University.

Formally entitled the “Humane Adoption of Companion Animals Used In Research Act,” Kramer’s original bill… would have required annual reporting by individual laboratories of the number of dogs and cats used, and how many of them had been adopted out. It also would have required these facilities to work with outside animal rescue organizations to maximize adoption of companion animals after they were no longer needed as test subjects.

In an interview with Bethesda Magazine, Matt Rosell of the Rescue and Freedom Project said the laws have an impact despite the lack of reporting requirements:

“We have spoken with shelters and rescue groups who, as a result of this law, have been able to rescue dogs and cats from research labs in those states,” said Rossell, while acknowledging that “reporting language would clearly be a big improvement.”

Kramer, himself owner of a number of dogs from rescue groups in recent years — most recently a Doberman pinscher adopted just before this year’s session — first got into the issue of companion animals used for research about four years ago. He had spotted a Washington Post story about seven beagles rescued from a Virginia laboratory being released for the first time outdoors in a park in Montgomery County.

“The article was just heart-wrenching,” he said. “I had assumed, and I think a lot of people do, that dogs were no longer used for research. I was surprised to find that they still experiment on companion animals.”

While Johns Hopkins University is a major research institution that conducts experiments on animals, it is also home to the Center for Alternatives to Animal Testing. For those interested in this subject, the Center for Animal Law Studies at Lewis and Clark Law School, in collaboration with the Animal Legal Defense Fund, offers an online course called “The Law & Ethics of Animal Testing,” taught by Johns Hopkins Professor Paul Locke.

To learn about additional ways to use the law to help animals used in research, check out the Animal Legal Defense Fund’s resources: Animal Testing and the Law, Animals Used in Research, and Vivisection Objection: Using Public Records and the Law to Help Animals in Research at Your School.