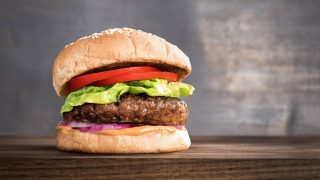 Animal agriculture is fueling the climate crisis, constitutes a major contributor to air and water pollution and deforestation, and is responsible for animal cruelty on an unimaginable scale. Plant-based meats allow consumers to opt out of supporting this industry while still eating foods like hamburgers and sausages.

Plants are the ultimate source of protein. Animals consume plants and water, and their bodies convert them into protein. By eating plant-based meats, humans bypass the unnecessary step of obtaining proteins processed through another animal’s body and obtain the nutrients directly. Plant-based meats also do not require warehousing and slaughtering animals — a process that is inefficient, cruel, and requires vastly more resources in terms of land and water than eating plants directly.

As plant-based meat’s star rises, reducing the market share of products from cruelly raised animals, the animal agriculture industry is working to stifle plant-based meat’s growth and appeal for fear of losing market share, regardless that they are better for animals, the environment, and consumer health. The Animal Legal Defense Fund has stepped up to stop the government from putting a thumb on the scale in favor of the animal agriculture industry and ensure plant-based products have a fair shot of winning over consumers.

Plant-based meats like tofu, tempeh, and seitan were developed centuries ago. Tofu has been a staple in Chinese cooking for more than 2,000 years. In the U.S., these and other plant-based meats have been available in stores and restaurants for decades, but innovation and demand have transformed the industry in recent years. Plant-based meats are, as the name suggests, derived from plants. There is a wide range of products within the plant-based meat category. Plant-based meats are distinct from cultivated meat — animal meat grown from animals’ cells without having to raise and kill animals — and they are the only meat product not made from slaughtered animals currently on the market.

Newer products like the Impossible Burger and Beyond Burger are designed to disrupt the animal agriculture industry by appealing to consumers who normally eat slaughtered meat. They closely mimic the taste and texture of meat from cows, but use plant-based ingredients like soy, potato, and pea proteins. More traditional versions of plant-based meats made from soy, beans, and grains have been available for many years but are also growing in popularity as consumers increasingly understand the impact their dietary choices have on animals, the environment, and their health.

The future of plant-based meat promises both increased accessibility, sophistication, and healthful options as new technologies are developed, and more products move into the market. Already, plant-based meats are being offered at national fast food chains. In the summer of 2019, Burger King rolled out the Impossible Whopper, Tim Hortons launched breakfast sandwiches using plant-based sausage, KFC tested Beyond Fried Chicken — plant-based wings and nuggets — in Atlanta, and McDonald’s began testing a sandwich with a Beyond Meat patty in Canada.

Better for Animals, the Environment, and Consumers

Whether motivated by concern for animals, the environment, or health, more and more consumers are choosing plant-based meat. In the United States, retail sales of plant-based meat grew by 10% to $801 million in 2018/2019, and sales grew by 25% during the previous year.

An estimated 9 billion land animals are killed for food in the United States every year. The vast majority of them suffer intensely before they are killed. Farmed animals have few protections under state and federal law than other animals. In most states, animals raised in factory farms are routinely confined to spaces so small that they cannot lie down comfortably, turn around, or spread their wings. Other common practices in animal agriculture include mutilating animals — removing their horns or tails, for example — without anesthesia, killing piglets by slamming their heads onto concrete floors, and taking calves away from their mothers moments after birth.

Animal agriculture is also responsible for deforestation on a mass scale. Huge swaths of forest are cut or burned annually to make room for grazing livestock such as cattle or planting crops to grow feed for livestock. Deforestation exacerbates the climate crisis because trees and other plants absorb carbon dioxide from the atmosphere, mitigating the impact of greenhouse gas emissions. But when forests are destroyed, the stored carbon is released.

In Latin America, agriculture is responsible for 70% of deforestation, largely due to soy, palm oil, and cattle ranching. The massive fires in Brazil’s Amazon rainforest in 2019 underscored the link between animal agriculture and deforestation. Cattle ranching, fueled by increasing global demand for meat from slaughtered cows, is the cause of up to 80% of recent deforestation in the Amazon. And many of the fires that resulted in the huge 2019 blaze were set intentionally in order to clear land for cattle.

Furthermore, waste generated by factory farms — also known as concentrated animal feeding operations (CAFOs) — and slaughterhouses is polluting our water and air. Animal waste is often stored in huge manure “lagoons” that tend to leak or spill over into our waterways. Animal agriculture produces so much waste that farmers are forced to dump, or over-apply, it onto fields — creating more runoff into waterways. This waste kills wild animals, contaminates drinking water, and leads to algal blooms that create huge dead zones that wipe out marine life. Factory farms produce toxic air pollutants as well as intense odors that compromise neighboring residents’ health and quality of life — and harm the animals confined inside.

The lead researcher on a 2019 comprehensive analysis of the environmental impact of animal agriculture affirms the benefits of avoiding animal products: “A vegan diet is probably the single biggest way to reduce your impact on planet Earth, not just greenhouse gases, but global acidification, eutrophication, land use and water use.”

The reckless routine dosing of antibiotics to farmed animals free of infections is leading to the development of antibiotic-resistant bacteria — drug-resistant “superbugs.” Factory farms keep animals in dirty, cramped conditions in which antibiotics are necessary to prevent the spread of disease. Antibiotics are also used to speed growth and prevent animals from dying from the wounds and infections that are commonplace on industrial farms. Overuse of antibiotics is creating a public health crisis that may result in a “post-antibiotic era” where common, once-treatable infections become lethal. 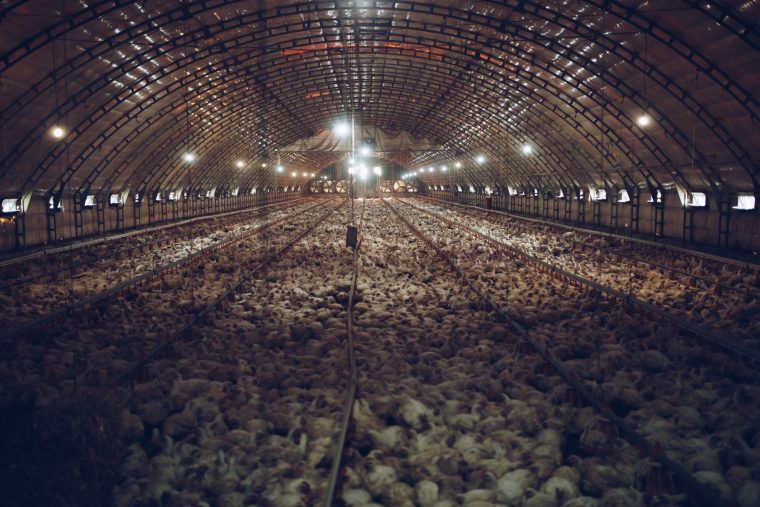 Antibiotic-resistant bacteria is not confined to people who work in factory farms or even people who eat animals. The bacteria spreads through numerous environmental pathways: it can leach into waterways when waste lagoons overflow, be disseminated through the air around factory farms and trucks transporting animals to slaughterhouses, and via spraying animal waste onto fields as fertilizer.

With plant-based meats increasing in popularity and cultivated meat looming on the horizon, the animal agriculture industry is attempting to impede the market for plant-based meat products. Bowing to industry pressure, multiple states have passed laws that prevent plant-based meat and cultivated meat producers from using “meat” terminology because their products are not “harvested” from a slaughtered animal. Notably, Webster’s Dictionary defines meat, in part, as: (1) a: food, especially: solid food as distinguished from drink; b: the edible part of something as distinguished from its covering (such as a husk or shell; (2) animal tissue considered especially as food.

Publicly, proponents claim these laws are intended to protect consumers from confusion. But behind closed doors, these legislators admit these laws are aimed at protecting the animal agriculture industry. Furthermore, there’s no evidence whatsoever that consumers are confused by commonly understood terms like “burger” and “sausage” when used in reference to plant-based meat products.

In short, the animal agriculture industry is simply trying to protect its profits through anti-competitive laws. The Animal Legal Defense Fund, as part of a coalition representing plaintiff Tofurky, has challenged the constitutionality of these laws in Arkansas in 2019 and Missouri in 2018 to ensure the market is not further tipped in favor of animal agriculture.

The rise of plant protein and cultivated meat, fish, dairy, and other animal products carries great potential to reduce cruelty and spare millions or even billions of farmed and wild animals. This is why the Animal Legal Defense Fund is working diligently to combat illegal and anticompetitive laws that would stifle this humane market revolution.