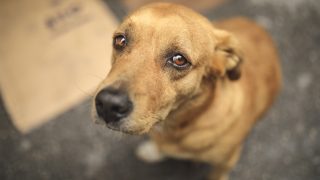 The sweeping Agriculture Improvement Act of 2018 — an omnibus federal law passed approximately every five years, commonly known as the “farm bill” — included several important provisions for animals. It was signed into law on December 20, 2018.

Among the victories were the passage of three bills: the Pet and Women Safety (PAWS) Act, the Dog and Cat Meat Trade Prohibition Act, and the Parity in Animal Cruelty Enforcement (PACE) Act.

Animal advocates also cheered an important omission: the notorious Protect Interstate Commerce Act of 2018 – better known as the King Amendment – did not pass as part of the omnibus package.

The bipartisan Pet and Women Safety (PAWS) Act expands existing federal domestic violence protections, which aid in the enforcement of state-issued protection orders, to include companion animals. Among other provisions, the PAWS Act broadens the definition of stalking under the criminal code “to include conduct that causes a person to experience a reasonable fear of death or serious bodily injury to his or her pet.”

The new law also urges states to adopt legislation allowing courts to include companion animals in domestic violence protective orders. As of 2018, 32 states had such laws[1]. This is important because victims of domestic violence often delay leaving an abusive partner out of the fear — sadly, often justified — that the abuser will harm or kill their companion animal as a means of control and retaliation[2].

Compounding this issue, most domestic violence shelters have “no pets” policies, which severely limits options for a victim who wants to flee a dangerous situation but not leave her animal behind. These options will, it’s hoped, soon be expanded since the PAWS Act also establishes a new grant program for programs providing shelter and housing assistance for domestic violence victims with companion animals.

Survivors of domestic violence should never have to decide between leaving an abusive relationship or staying and risking their safety to protect their pets. This bill will help ensure more safe havens for survivors and their pets are available — so together they can begin a new chapter in their lives.

Despite their legal status as property, the important place of companion animals in the family — for better or worse — is highlighted when they, along with other vulnerable members of the family, become targets of domestic violence.

The Dog and Cat Meat Trade Prohibition Act makes it illegal to slaughter, transport, possess, purchase, sell, or donate dogs and cats, or their parts, for human consumption.

Previously, it was illegal in all 50 states for slaughterhouses to handle dogs and cats, and for stores to sell the meat. However, individuals in 44 states could legally kill and eat a dog or cat[3], or sell the meat to other people. The law contains an exception for members of Indian tribes conducting religious ceremonies.

The Parity in Animal Cruelty Enforcement (PACE) Act amends the Animal Welfare Act to extend the existing federal ban on dogfighting and cockfighting to U.S. territories. Senator Susan Collins, who spearheaded the legislation, said: “The PACE Act will clarify federal prohibitions on animal fighting activity and ensure they are extended to all U.S. jurisdictions, including U.S. territories.”

Cockfighting in particular is common in some U.S. territories. The PACE Act’s passage into law is widely seen as an important animal protection measure. But some observers have noted potential unintended negative consequences. 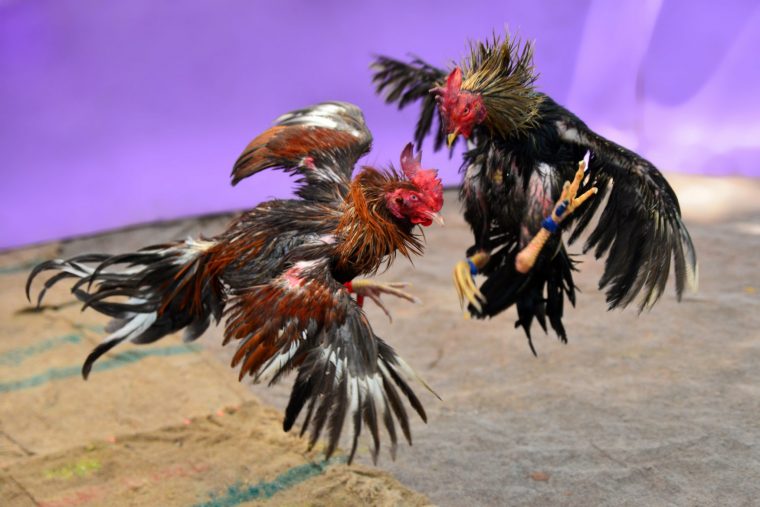 Officials in Puerto Rico, which NPR reports has nearly 80 government-regulated cockfighting clubs, are concerned about the economic impact of the ban, which takes effect next year, and claim the industry will move underground, where it will be unregulated.

However, despite the potential for some illegal activity to continue underground, bans on cruel animal practices such as cockfighting are important because they give law enforcement the authority to intervene and remove animals from the situation.

The Protect Interstate Commerce Act of 2018

For animals, one of the most significant things about the farm bill is what it did not include. Left out was the infamous Protect Interstate Commerce Act of 2018 — commonly known as “the King Amendment” — which aimed “to prevent States and local jurisdictions from interfering with the production and distribution of agricultural products in interstate or foreign commerce.” In practice, this means states would have been prohibited from enacting or enforcing strong animal protection laws.

This harmful legislation would have nullified recently passed ballot measures in California and Massachusetts that outlawed the most extreme methods of confining farmed animals (and, importantly, the sale of products obtained from animals kept in such conditions).

Minimal as these legal protections are — mandating only that pregnant pigs, calves raised for veal, and hens used for eggs have enough space to turn around, stand up, lie down, and move their limbs[4] — if passed, the King Amendment would have invalidated these and potentially many more animal protection laws. Its exclusion from the 2018 farm bill is therefore a very good thing for animals.

The Animal Legal Defense Fund was a member of a broad coalition of more than 200 groups opposing the King Amendment, and we asked our members to contact Congress and their voice opposition to this bill. Thank you to everyone who spoke up!

For more information about how you can help pass stronger animal protection laws — and fight bad laws like the King Amendment — see our resource: Working with Legislators.

[2] A 2017 study showed that 56% of women in domestic violence shelters delayed their escape out of fear for their animals. Betty Jo Barrett et al., Animal Maltreatment as a Risk Marker of More Frequent and Severe Forms of Intimate Partner Violence, 26-1 JOURNAL OF INTERPERSONAL VIOLENCE, 1 (2017).