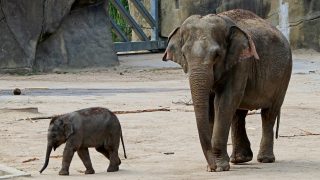 Elephants in Captivity: Demanding an End to Cruel Confinement

Today, an Asian elephant named Lucky shuffles and sways in a zoo in San Antonio, Texas, where she has spent 53 long years. Since the death of her companion in 2013, Lucky has lived entirely alone in captivity, deprived of the reassuring touch of other elephants so fundamental to her well-being. While the Association of Zoos and Aquariums (AZA) requires that a female Asian elephant live with at least two Asian elephant companions, the zoo apparently plans to keep Lucky in forced solitude the rest of her life. 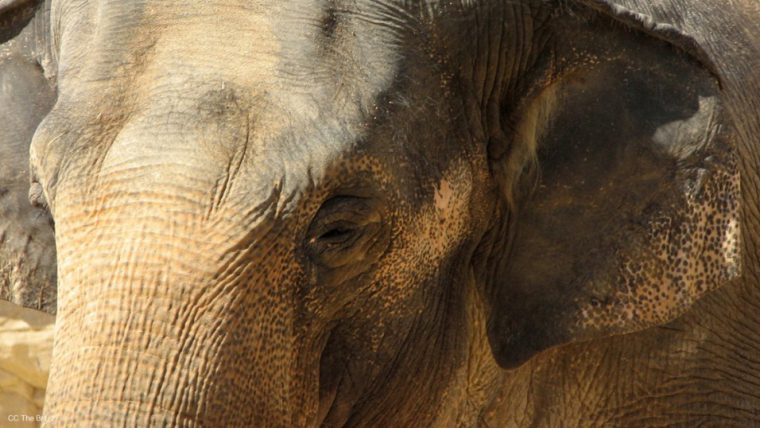 Appalled by this cruel confinement, in December 2015, the Animal Legal Defense Fund filed a lawsuit against the San Antonio Zoo for violating the Endangered Species Act (ESA), alleging that the conditions of Lucky’s captivity have caused her psychological torment and physical injury.

In late January, Judge Xavier Rodriguez of the U.S. District Court for the Western District of Texas issued a ruling that will allow Animal Legal Defense Fund’s ESA lawsuit on behalf of Lucky to proceed, refuting the Zoo’s untenable argument that captive wildlife are not protected by the ESA.

Human beings have long celebrated the exceptional qualities of elephants—their capacity for self-awareness, empathy, and grief, their ability to communicate across vast distances, and their strong and enduring familial bonds. But it wasn’t until more recently that society began to ask important questions—questions about the effects of captivity on animals that roam up to fifty miles a day in the wild, about what goes on behind the scenes when elephants aren’t performing tricks for our amusement—and the answers, invariably involving horrific suffering, proved incompatible with our values.

As circuses and zoos have been confronted with the growing public and legal opposition to elephant captivity, the practice of exploiting these emotionally complex creatures for profit and entertainment has begun edging closer to extinction. One of the most notorious elephant profiteers, Ringling Brothers, recently announced an accelerated timeline for phasing out elephants from its shows. Originally slated for 2018, the circus recently announced its intent to phase out the elephant act in May 2016. 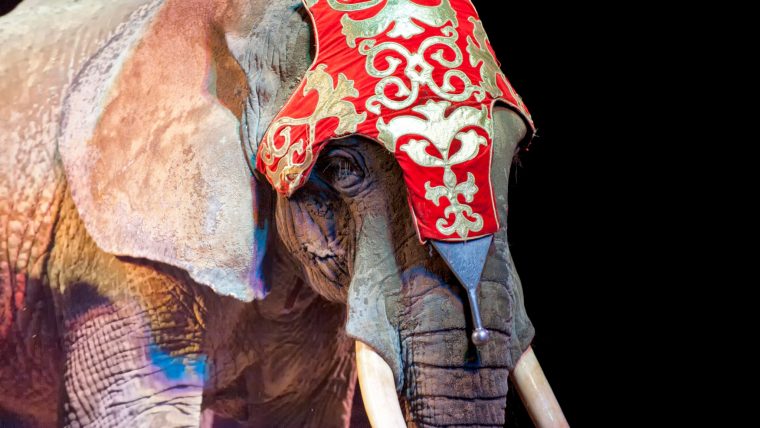 Additionally, since 1998, 25 American zoos have either closed or announced plans to close their elephant exhibits, citing an inability to provide them with adequate care. Indeed, a study by the Seattle Times found that of the 390 elephants that died at accredited U.S. zoos in the past 50 years, the majority did so from injury or disease directly related to the conditions of their confinement.

Relief for Lucky cannot come soon enough. Like so many of her captive peers, Lucky has an abnormal gait and probable arthritis. Her best friend, Ginny, was euthanized by the Zoo in 2004 due to severe arthritis and foot infections, both common in captive elephants due to standing on hard, unnatural surfaces all day without adequate room to roam.

Fortunately, we have reason to be optimistic about Lucky’s chances in the ESA case, thanks to Animal Legal Defense Fund’s successful case against Cricket Hollow Zoo in Iowa. In early February, Judge Jon Stuart Scoles of the U.S. District Court for the Northern District of Iowa issued an order agreeing with Animal Legal Defense Fund’s argument that the owners of an Iowa roadside zoo had violated the ESA by providing substandard care for their four tigers and three lemurs.

Animal Legal Defense Fund is proud to have contributed to the evolution of both the law and society’s treatment of captive elephants, and look forward to continuing to do so as advocates for Lucky—and, by extension, for every animal so cruelly confined, including:

Elephant abusers, like most owners of captive wildlife, won’t do the right thing until the wrong thing stops being profitable. People can do their part by not patronizing those circuses and zoos that keep elephants in cruel confinement, and by supporting laws that regulate and restrict elephant captivity.

When public awareness, legislative advocacy, and cutting edge litigation ultimately combine to make elephant captivity cost prohibitive, circuses and zoos will be quick to send the elephants to sanctuaries, where they may enjoy the natural habitats and lasting friendships so vital to their survival.