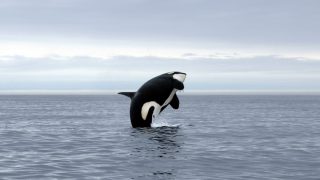 LOS ANGELES (March 31, 2015) —A federal court today announced that the U.S. Navy’s training and testing activities off the coast of Southern California and Hawaii illegally harm more than 60 whale, dolphin, seal, and sea lion populations. The U.S. District Court, District of Hawaii, found that the National Marine Fisheries Service – the agency charged with protecting marine mammals – violated multiple requirements of the Marine Mammal Protection Act and the Endangered Species Act when agreeing to the Navy’s plan.

“Searching the administrative record’s reams of pages for some explanation as to why the Navy’s activities were authorized by the National Marine Fisheries Service (‘NMFS’), this court feels like the sailor in Samuel Taylor Coleridge’s ‘The Rime of the Ancient Mariner’ who, trapped for days on a ship becalmed in the middle of the ocean, laments, ‘Water, water every where, Nor any drop to drink.’” the Court wrote in its 66-page opinion.

Under its five-year plan for training and testing, the Navy is permitted to harm whales, dolphins, and other marine mammals nearly 9.6 million times while conducting high-intensity sonar exercises and underwater detonations. These harmful impacts include millions of instances of temporary hearing loss and significant disruptions in vital behaviors, such as habitat abandonment, as well as permanent hearing loss, permanent injury and more than 150 deaths.

Ocean noise is one of the biggest threats worldwide to the health and well-being of marine mammals, which rely on sound to ‘see’ their world. Navy sonar activities, shipping noise, and seismic exploration by oil and gas companies have made our oceans noisier in recent decades, resulting in widespread disruption to feeding, communication, mating, and more.

“Defenseless marine mammals are going deaf and hungry and may die at the hands of our Navy. And the laws we have that are meant to limit such harms have been misused by the government.

“Instead of downplaying the impacts on marine mammals – including endangered blue, fin and humpback whales – the government should be doing more to protect them from these harmful activities.

“The Navy has solutions at its disposal to ensure it limits the harm to these animals during its exercises.  It’s time to stop making excuses and embrace those safety measures.”