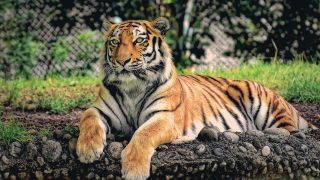 In the spring of 2020, the Animal Legal Defense Fund teamed up with Blackfish Director Gabriela Cowperthwaite to launch an online petition urging Congress to pass the Big Cat Public Safety Act on this issue.

“This bipartisan measure would help stop exploitation of big cats like tigers and lions, and reduce safety risks,” said Blumenthal. “My Big Cat Public Safety Act would prohibit private ownership of these beautiful but powerful predators, which deserve to live in the wild. They should never be pets, even as cubs, kept in captivity dangerously for entertainment. I’m thankful for the groundswell of public support for this bill and look forward to working with my colleagues from both sides of the aisle to ensure it becomes law.”

“Big cats like lions, tigers, and cheetahs belong in their natural habitats, not in the hands of private owners where they are too often subject to cruelty or improper care,” said Collins. “Our bipartisan bill would prohibit the private ownership of big cats, which threatens the safety of the animals and the public and harms conservation efforts. I have long advocated for policies that improve the welfare of animals, and I urge my colleagues to join me in supporting this legislation.”

“I’m pleased to join Senators Blumenthal, Burr, and Collins in introducing the Big Cat Public Safety Act to address the treatment of privately-owned tigers and other big cats in our country,” said Carper. “This legislation is a win-win. It would prevent big cats from living in inhumane conditions and protect the public from the safety implications of these beautiful creatures being kept as pets.”

While some states have restricted or banned the private possession of certain wild animals, other states have virtually no regulations, leaving big cats vulnerable to abuse. The Big Cat Public Safety Act closes this gap and also makes it illegal for exhibitors, such as circuses and zoos, to allow direct contact with cubs. Some facilities actually encourage visitors to interact with cubs, such as bottle-feeding tiger cubs, for an extra fee, endangering cubs and visitors alike. 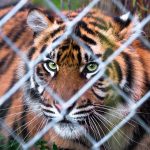