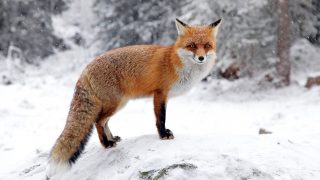 The Animal Legal Defense Fund is pleased that Superior Court of California Judge Barbara A. Meiers has ordered slaughterhouse Manning Beef to pay $94,500 in attorneys’ fees for its lawsuit against Los Angeles Cow Save, a group it falsely accused of trespassing earlier this year.

The award is the result of a successful motion to dismiss Manning Beef’s lawsuit under California’s anti-SLAPP (Strategic Lawsuit Against Public Participation) statute. The Animal Legal Defense Fund, the Law Offices of Matthew Strugar and attorney Ryan Gordon from Advancing Law for Animals filed the anti-SLAPP motion on behalf of Los Angeles Cow Save. Manning Beef accused Los Angeles Cow Save, which organizes vigils for animals killed at the slaughterhouse, of trespassing despite the vigils taking place on a public road. In awarding attorneys’ fees, the court further recognizes Manning Beef’s lawsuit as an attempt to silence its critics through intimidation.