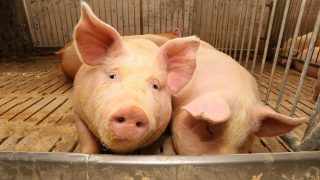 BATON ROUGE, La. — The U.S. District Court for the Middle District of Louisiana granted a motion for summary judgment that halts enforcement of a Louisiana labeling law in favor of Tofurky, a plant-based food company represented by the Animal Legal Defense Fund and The Good Food Institute. The Court has ruled the law is an unconstitutional restriction of free speech under the First Amendment. The law, which went into effect on October 1, 2020, imposed fines of up to $500 per day for every marketing representation of plant-based meat products that use terms like “burger” and “sausage.” Under the law, plant-based meat products were prohibited from using those terms even when accompanied by clear modifiers like “vegan,” “veggie,” or “plant-based” on their labels.

The lawsuit, filed on October 7, 2020, argued the Louisiana law violates Tofurky’s First Amendment right to free speech by improperly censoring truthful commercial speech. The lawsuit also noted there is no evidence that current labels mislead consumers, pointing out that Tofurky’s products all clearly indicate the products are plant-based, meatless, vegetarian, or vegan. In fact, studies show removing “meat” terminology from plant-based meat product labels would cause consumer confusion where none existed before.

The U.S. Food and Drug Administration has long required that food producers truthfully convey the nature and contents of their products using common or usual terms. These types of terms, like “veggie burger,” accurately inform consumers how plant-based products can be served and what they taste like. The animal agriculture industry, in an effort to make plant-based products less appetizing to consumers, has suggested they be forced to use terms like “veggie pucks” instead of “veggie burger” and “vegan tubes” instead of “vegan hot dogs.”

“Louisiana’s labeling law was a clear and unconstitutional attempt to protect the animal agriculture industry from competition amidst the growing market for foods not derived from slaughtered or confined animals, which don’t carry the same risks to human health, animals, and the environment,” says Animal Legal Defense Fund Executive Director Stephen Wells. “Under the First Amendment, companies are entitled to market and label their products in truthful ways that consumers will recognize and that aligns with their values.”

“Today’s ruling is a victory for the entire plant-based industry,” said Tofurky and dairy-free sister brand, Moocho, President and CEO Jaime Athos. “The Louisiana court has seen right through the disingenuous pretext under which this law was passed, and rightfully intervened to protect the first amendment rights of companies like Tofurky and the rights of Louisianans to have unfettered access to the healthier, more sustainable foods of their choosing. The law was an obvious attempt to give unfair advantage to animal agriculture interests by stifling the growth of plant-based food sales, and this ruling serves as a warning to other state legislatures who may forget that they are elected to serve the needs of their constituents, not those of corporate special interests. Consumers are not confused — they are actively and thoughtfully choosing plant-based burgers, hot dogs, sausages, and cheese because they’re better choices for the future of our planet. Our fight to overturn this unconstitutional labeling censorship law has been a long journey, but today marks a moment of progress and a meaningful stride in the right direction.”

The Louisiana law is similar to meat-labeling censorship laws passed in Arkansas, Missouri, Mississippi, and other states. A number of those laws face similar legal challenges by Tofurky, the Animal Legal Defense Fund, and The Good Food Institute. In December 2019, these organizations and the American Civil Liberties Union challenged the Arkansas law, with the court there halting enforcement of the law and declaring it was likely an unconstitutional restriction on Tofurky’s right to free speech.