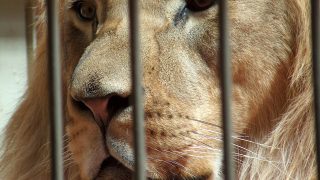 The animals at Olympic Game Farm are kept in grossly substandard conditions, affecting their mental and physical health. These include animals protected by the ESA, like lions who are forced to live in small and barren cages with no shelter from the cold. Gray wolves who cannot retreat from public view pace in their cages and show other signs of stress.

Brown bears, too, are kept in inadequate cages without sufficient mental stimulation, and are harassed by visitors who are permitted to throw unlimited quantities of bread into their cages.

Visitors have observed and documented other injured and sick animals at the zoo, including a Siberian tiger limping with lameness in a back leg, likely from inadequate flooring.

A visitor reported seeing a five-inch gash on one bear’s shoulder. Olympic Game Farm even continued to display another tiger, named Amadeus, while he was sick and dying.

“No animal should have to live in these conditions — and the law agrees. Both the Endangered Species Act and Washington state animal protection laws make it illegal for Olympic Game Farm to keep animals in this inhumane manner,” says Animal Legal Defense Fund Executive Director Stephen Wells.

“These animals deserve to live in sanctuaries capable of providing appropriate food and medical care, and a habitat sufficient to provide for healthy movement and social behaviors. We are determined to pursue every legal avenue to reach that result.” 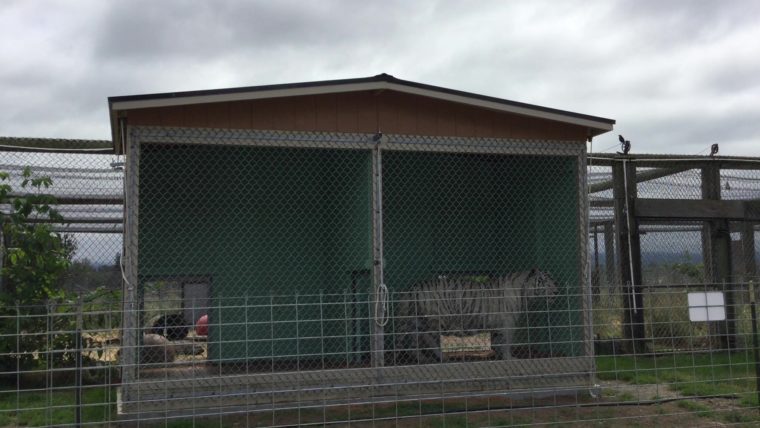 The problems at Olympic Game Farm are sadly not unique. Throughout the United States, animals are kept at similar roadside zoos, which are able to operate due to a lack of enforcement of federal and state animal protection laws. Because the animals can’t advocate for themselves, the Animal Legal Defense Fund files lawsuits to protect animals held in these types of facilities.

Video footage and photos are available upon request.