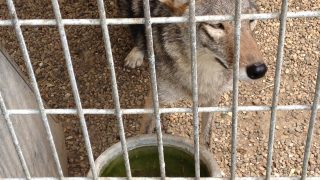 “Cricket Hollow Zoo’s abysmal track record makes it clear that its owners are not capable of properly caring for any animal,” said Animal Legal Defense Fund Executive Director Stephen Wells. “Their flagrant disregard for federal and state animal protection laws cannot continue without consequence, and we will pursue every legal avenue available to rescue and protect the animals languishing there.”

Endangered animals, including tigers, lemurs, and lions, were transferred to other facilities after the Animal Legal Defense Fund brought lawsuits under the Endangered Species Act. In April 2018, the United States Court of Appeals for the Eighth Circuit affirmed that the zoo’s grossly inadequate care of endangered animals violated the Endangered Species Act. Considering Cricket Hollow Zoo’s well-documented deficiencies, the new lawsuit requests the owners be permanently barred from obtaining any wild animals in the future.

Cricket Hollow Zoo is a prime example of the cruelty and neglect common in roadside zoos. The Animal Legal Defense Fund files lawsuits across the United States to protect animals in facilities that do not meet the minimal standards required by the Animal Welfare Act and state cruelty laws.