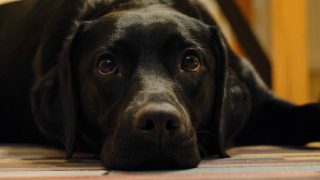 Although animal fighting is illegal in all 50 states, the Animal Legal Defense Fund is working to make such crimes easier to prosecute and punishable by stronger penalties. The Animal Legal Defense Fund has drafted a recommended amendment to state laws that would enable prosecutors to charge animal fighters under the respective state’s Racketeer Influenced and Corrupt Organization Act (commonly referred to as “RICO”) statute. Applied to animal fighting, RICO,which was originally designed to be a weapon against a wide variety of organized criminal efforts, including drug dealing and gambling,would give prosecutors increased muscle in seeking justice for the animals abused and–as in the highly-publicized Michael Vick dogfighting case–executed by their owners. Most states currently have RICO statutes to which this amendment could be applied. As of January 2018, New Jersey and Texas have made dog fighting a predicate RICO offense; and Kansas has made both dog fighting and cockfighting predicate offenses. Notably, 6 states have made all forms of animal fighting predicate offenses: Delaware, Florida, Michigan, Oregon, Utah, and Virginia.