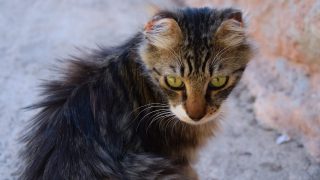 Prosecutors understand that their communities have a compelling interest in preventing animal cruelty, and they take seriously their role in bringing animal abusers to justice. While the general public may presume charging to be a straightforward matter of matching an offense with a statute, the expertise seasoned prosecutors bring to the charging process reflects the complexities which often determine the possibility of going forward with a criminal prosecution.

Any criminal case bears a high burden of prooffor the prosecution, so the quality and breadth of the available admissible evidence (as well as the mens rea requirements) must be scrutinized before any charging decisions can be made. Such analyses may include assessing whether any evidence collection methods are vulnerable to application of the Exclusionary Rule, or whether the prosecution could offer the required proof as to a defendant’s culpable mental state (especially demanding, for example, in the case of a specific intent crime).

Basic considerations which enter into almost all charging decisions in an animal abuse case include:

Different sections of any given state’s criminal code will generally connect with specific definitions to be applied when using the statutes within that section. “Animal,” for example, may have one definition in a state’s anti-cruelty statutes, and another under its wildlife statutes. Where no definition exists (for the word “abandon” for example), the prosecution may or may not be disadvantaged, and may or may not need to conduct some legal research and prepare arguments to support their reading of the statute and defend their decision against defense attacks.

Incorporated into almost all anti-cruelty statutes are exemptions for certain types of animal uses – these vary from state to state but generally apply to endeavors such as veterinary medicine, agriculture, hunting, and medical research.

Other general charging considerations may include:

Almost all states have assigned legal limits to at least some of their criminal statutes as to how much time may pass between the date of incident and the filing of criminal charges, with offenses such as murder and rape most often exempted from these limitations. These time frames vary from state to state and in complexity, but they generally correlate the gravity of the charge (e.g., misdemeanor, felony) with the length of time allowed for charges to be filed, sometimes allowing exceptions for situations such as at-large suspects.

Where and how this information may be used by the prosecution varies from case to case, but collecting the facts as to a defendant’s criminal history is an important step in the charging process. The record may be used to evaluate whether the new crime can be charged as an aggravated case, to show absence of mistake/accident, and to ensure the correct application of a state’s felony sentencing guidelines.

Some statutes are written expressly to allow certain charges to be elevated or “enhanced” under specific conditions.

While the number is fluid, approximately twenty states have or have had a formal sentencing guidelines commission – most were formed in the late 1980s and early 1990s, with Minnesota and Pennsylvania having formed theirs in 1978. Nothing if not controversial, the underlying intent of sentencing guidelines is to increase consistency and therefore predictability in criminal sentencing. While this may disallow extreme sentencing orders – be they to the advantage of the defense or the prosecution – the limitations on judicial discretion which they demand may lead to bad outcomes for animals.

While they are of course held to a legal and ethical standard, individual judges bring not only their legal perspectivesto their courtrooms, but their preferred managerial approaches as well. Local prosecutors may, for example, become all-too-familiar with a given judge’s intolerance for the unwieldiness of multiple counts of animal neglect within one case (or indeed for animal abuse cases in general). While it would be unethical for a prosecutor to neglect to charge a case based on a judge’s personal preferences, the reality is that knowledge of a judge’s courtroom style may factor into a charging approach.

Considerations that may influence a prosecutor’s charging decision as to the number of counts filed (in a hoarding case, for example) include:

First, many courts are under-funded and overwhelmed with cases and some prosecutors are forced to work on cases they feel they can win. If animals are a low priority to them, they may choose to disregard some or all animal cruelty cases. In addition, politics sometimes dictate which direction these cases take and the utilitarian attitudes towards animals in certain jurisdictions, particularly rural areas, often play a large role.

Another reason may be that the prosecutors are inexperienced, or just new to prosecuting animal abuse cases. They may not know that external resources, such as those the Animal Legal Defense Fund provides, are available to help or they may be reluctant to ask for help.

The case may simply lack the evidence needed to prove, beyond a reasonable doubt, that the perpetrator is guilty. Prosecutors are bound by oath to professional rules of conduct which require them to refrain from filing criminal charges in any case which they know is not properly supported by probable cause.

At a polite and appropriate distance, be aware of and supportive of your prosecutor’s office as a habit rather than focusing in on one particular case and then “writing them off” if you are displeased with those results. With the exception of the actual crime victims, it is likely that no one is more disappointed with an acquittal or meaningless sentence than the prosecutor who worked the case.

Go to your prosecuting attorney’s website and see if they offer an email list you can sign up for in order to receive press releases and other public information. Because they are representing the State when they file criminal charges against an individual, a certain amount of that case information is generally a matter of public record from the beginning.

Having said that, please keep in mind that prosecutors are professionally and ethically bound to maintain the integrity of their cases by deliberately controlling what if any information can/should be released to the public at any given time. Once a case has reached its conclusion, the brunt of the proceedings will generally be made available to the public at that time.

Prosecutors are almost always elected officials. If you are satisfied with their overall record and earnestness, let them know that you’ll be voting for them and making tangible efforts toward their re-elections. Back up that commitment by attending local budget hearings and testifying in support of increased funding for the prosecutor (and law enforcement) so that these types of cases will remain a priority.

Moreover, find out from your prosecutor’s office which courts in your jurisdiction hear the majority of the animal abuse cases – are the judges who are most likely to preside over these cases subject to public election? If they are appointed, who appoints them and how often? While judges do not offer voters the convenience of political platforms when running for election, those who have previously served will have a body of work on public record, as well as reputations within the courthouse as to their savviness, or lack thereof, when it comes to animal-related cases.

Assessing the earnestness of a public servant’s work on the basis of one individual criminal case is generally not useful – there are just too many variables within each separate case for it to be reasonable to expect unwavering uniformity in outcomes. Rather, constituents should base their level of support in the voting booth on an official’s pattern of performance over time – rewarding their willingness to recognize and emphasize the gravity of animal abuse crimes.