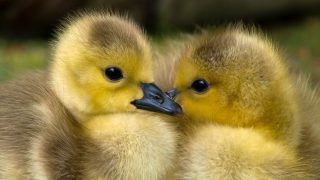 SAN FRANCISCO – The Animal Legal Defense Fund has named America’s Top Ten Animal Defenders — the list of top prosecutors, law enforcement officials, lawmakers, and others who champion the cause of animal crime victims.

These animal protection heroes will be honored during National Justice for Animals Week, February 23 – 29, 2020. The full list of Animal Defenders is below.

The Animal Legal Defense Fund’s National Justice for Animals Week is an annual event dedicated to raising public awareness about animal cruelty, how to report it, and how to work within your community to create stronger laws and ensure tough enforcement. Learn more about how to participate here: aldf.org/njfaw

Each year, the week is represented by an animal who received justice over the preceding 12 months. This year’s animal representative is Chuck, a duck who was one of nearly 150 animals rescued from horrific conditions in Carroll County, Tenn., by Animal Rescue Corps — whose executive director Tim Woodward is one of this year’s honorees — with support from the Animal Legal Defense Fund.

Chuck was found in a cage with a duck who had died, and was himself filthy, emaciated, and dehydrated. The veterinarians who treated Chuck were concerned he might not survive. But after several weeks of intensive care and close monitoring at Animal Rescue Corps’ Rescue Operation Center, Chuck was transferred to Redemption Road Rescue, where he could receive extended care and be with other ducks. There, Chuck flourished.

Chuck became known as “Chuck the People Duck” for his attachment to his caretakers at Redemption Road Rescue. One of the volunteers at the rescue took Chuck in as a foster, and ultimately adopted him. Today, Chuck is a beloved family member who has ducks and humans to keep him company at his home.

Operation Noah’s Ark took place in April 2018, and was the first of two rescues, involving nearly 200 animals in total that spanned more than 14 months, for which the defendants eventually pleaded guilty to multiple counts of animal cruelty.

Chuck’s rescue not only highlights the importance of strong animal protection laws for all species, and strong enforcement of those laws — but thanks to the efforts of two of this year’s honorees, Tennessee Representative Bruce Irwin Griffey and Assistant District Attorney General Rebecca Davis Griffey, his rescue also set a legal precedent affirming the constitutionality of an important law that helps shift the financial burden of caring for animals seized from mistreatment to the alleged abusers.

Learn more about how to participate here: aldf.org/njfaw

Representative Bruce Irwin Griffey, member of the Tennessee House of Representatives, Nashville, TN, and Rebecca Davis Griffey, Assistant District Attorney General for Tennessee’s 24 Judicial District, Huntingdon, TN
When a nonprofit animal rescue organization’s ability to provide care to nearly 200 animals seized in a neglect case — including Chuck the duck — was threatened by an unconventional legal challenge, Tennessee Representative Bruce Irwin Griffey and Assistant District Attorney Rebecca Davis Griffey stood up for the animals, winning a key victory in Tennessee court. The animals’ legal owners challenged a “bond-or-forfeit” law that required them either to relinquish the animals to the state, or post a bond to cover for the cost of caring for the animals while legal proceedings were underway. Drawing on the Animal Legal Defense Fund’s position statement in favor of bond-or-forfeit statutes to craft an argument that prevailed in court, the Griffeys won a ruling reaffirming that this critical legal tool remains available to animals.

Tim Woodward, Executive Director of Animal Rescue Corps, Stanley, VA
As executive director of Animal Rescue Corps, Tim Woodward focuses on large-scale rescue as a means of making the world a better place for animals — including Chuck the duck, and the nearly 200 other mistreated animals he was rescued with. Tim has made a critical difference in the lives of animals ranging from dog fighting victims, neglected farmed animals, and those threatened by natural disasters. By raising public awareness, improving animal resource infrastructure, and proactively engaging with local agencies, Tim and Animal Rescue Corps help prevent future suffering. In the face of escalating costs to care for Chuck and the other animals, Tim also worked with fellow Animal Defender honorees Rebecca Davis Griffey and Bruce Irwin Griffey to defend Tennessee’s bond-and-forfeit law, which will help future animal cruelty victims in the state.

James W. Glasgow, Will County State’s Attorney, Will County State’s Attorney’s Office, Joliet, IL
James Glasgow has tirelessly advocated for animals’ rights during his six terms as Will County State’s Attorney. In 1999, he authored a statute that legally defined the torture of animals and made the abuse of an animal a felony for the first time in Illinois’ history; the same legislation also mandated that defendants convicted of animal torture undergo a psychiatric evaluation. In 2019, James founded the League of Extraordinary Canines & Friends — a coalition of local and national groups and individuals who work in animal law or are involved in addressing animal abuse and neglect — and hosted a two-day training session to educate investigators and animal control professionals on how to identify and prevent animal abuse.

Senator Julie Raque Adams, member of the Kentucky Senate, Frankfort, KY
Senator Julie Raque Adams has served in the Kentucky state legislature for 10 years, first as a representative and now as a senator. In 2019, Adams sponsored Senate Bill 67, An Act Relating to Sexual Crimes against Animals. Prior to this bill’s passage, Kentucky was one of five states that did not criminalize the sexual abuse of animals. Senate Bill 67 also created several crucial sentencing provisions, including mandatory psychological evaluations of convicted offenders, and mandatory bans preventing offenders from owning or possessing animals for at least five years. This law is the first time psychological evaluations and possession bans have been incorporated into any of Kentucky’s animal protection laws, and Senator Adams’ bill signaled a monumental step forward in the way Kentucky addresses animal cruelty.

Judge Gale E. Rasin, Baltimore Circuit Court Senior Judge, Chestertown, MD
Judge Gale E. Rasin served on Baltimore City’s trial courts for more than 20 years, and currently presides over the Mental Health Court in the Circuit Court for Baltimore City as senior judge. Judge Rasin has been active with organizations devoted to combating animal abuse and neglect. She served on the Baltimore City Mayor’s Anti-Animal Abuse Advisory Commission, created judicial training programs on animal cruelty, and has lectured at the annual animal cruelty conference of the Association of Prosecuting Attorneys. In 2019, she was a fellow at the Harvard Law School Animal Law and Policy Program where she wrote a guide for trial judges on the subject of animal hoarding.

Senator Raymond J. Lesniak, former member of the New Jersey General Assembly and state Senate, Elizabeth, NJ
Former New Jersey state Senator Raymond Lesniak served as a New Jersey legislator for 40 years, in the General Assembly and state Senate. Senator Lesniak’s record is second to none in sponsoring and passing animal legislation, including the country’s first law banning the trade of ivory products. Senator Lesniak has continued his animal advocacy since leaving office, working to enact Nosey’s Law — prohibiting the use of elephants and other wild animals in traveling circuses. He has long worked to stop to bear hunts in New Jersey and is advocating for New Jersey to enact a Courtroom Animal Advocate Program (CAAP) law, to give legal voice to animal cruelty victims. Senator Lesniak founded the Lesniak Institute at Kean University, which teaches action-driven advocacy.

Stacie Aileen Haynes, executive director of the Susquehanna SPCA, Cooperstown, NY
Stacie Haynes serves as the executive director of the Susquehanna Society for the Prevention of Cruelty to Animals (SQSPCA). In February 2019, Stacie worked with her local district attorney and county sheriff to form the Otsego County Animal Cruelty Task Force. The SQSPCA is often on the front lines of enforcing animal protection laws, but such enforcement requires the collaboration of all relevant agencies and organizations. Haynes’ task force has already tackled several large-scale cruelty cases, including one case resulting in the seizure of over 100 farmed animals. The task force is also focused on education and will provide training for social service agencies on how to identify and report animal cruelty.

Casey Mundell, Deputy County Attorney with the Maricopa County Attorney’s Office, Phoenix, AZ
Currently assigned to the Special Crimes Bureau in the Maricopa County Attorney’s Office’s Organized Crime Division, Casey Mundell handles all the office’s animal cruelty cases. Casey helped pass legislation resulting in more serious penalties for animal cruelty offenses and also helped to develop the Animal Cruelty Diversion Program — one of three such programs in the country that allow those accused of cruelty to participate in counseling in lieu of going through the court system. Casey is a member of the Arizona Professionals’ Cruelty Task Force, founding member of the Maricopa County Animal Cruelty Law Enforcement Task Force, and presiding chair of the Animal Law Section of the State Bar of Arizona.