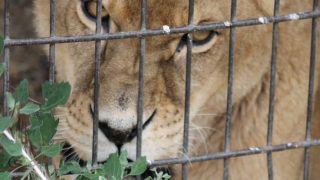 Sets Precedent for Captive Endangered Animals Around the Country

As a result, Animal Legal Defense Fund is now working to ensure that the four tigers and three lemurs who were the subject of the suit will be rehomed to reputable facilities that can meet their needs as endangered animals.

Judge John Stuart Scoles of the U.S. District Court for the Northern District of Iowa issued a 73-page order finding that the owners of a roadside zoo in Manchester, Iowa, had violated the Endangered Species Act by providing substandard care for their four tigers and three lemurs.

Relying on the testimony of plaintiffs’ expert witnesses, hundreds of pages of U.S. Department of Agriculture inspection records, and countless admissions from the defendants themselves, the Court cited the defendants’ failure to provide suitable living conditions and proper care for their endangered animals in ruling they had violated the Act.

The Court characterized these violations as “pervasive, long-standing, and ongoing,” and concluded that the only way to prevent future violations would be to prohibit the defendants from keeping the animals. In addition, the Court prohibited the defendants from ever acquiring endangered animals again, without first proving an ability to care for them.

This is a major step in ensuring that we can move them into situations much better set up to meet their needs.”