The Animal Legal Defense Fund intervenes in Cat Haven Zoo's appeal of a California Division of Occupational Safety special order, spurring a settlement and the addition of important safety measures at the zoo.

In 2013, an intern at Cat Haven Zoo in Northern California was tragically killed by a lion. Diana Hanson, 24, was mauled when Cous Cous the lion escaped his feeding cage and entered a larger enclosure where Hanson was cleaning.

Two weeks after the attack, the Animal Legal Defense Fund asked the California Division of Occupational Safety (Cal OSHA) to investigate Hanson’s death, and to ensure Cat Haven Zoo was in compliance with safety regulations.

Cal OSHA investigated the workplace conditions. The agency then issued a Special Order for Cat Haven Zoo to implement a number of safety measures. These included installing locks on all gates and doors of the large cat enclosures, ensuring that doors are self-closing, and instituting a so-called “two-keeper system” for times when workers might be vulnerable to attack.

In a settlement approved in 2015, Cat Haven Zoo agreed to a new requirement of physical barriers between humans and large cats. A permanent physical barrier is a crucial safety measure that the Animal Legal Defense Fund and other animal protection groups have long advocated for, to protect both employees and captive wild animals. 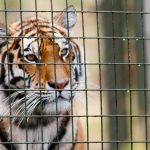 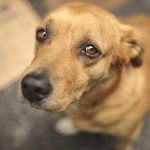