The Animal Legal Defense Fund filed a lawsuit against the Tillamook County Creamery Association for its misrepresentations about the source of its milk and the conditions in which the company's cows live.

The Animal Legal Defense Fund filed a lawsuit against the Tillamook County Creamery Association for its misrepresentations about the source of its milk and the conditions in which the company’s cows live. The lawsuit was filed on behalf of a class of Oregon consumers.

Tillamook’s advertising campaigns are designed to mislead consumers that the company’s products are sourced from humane, pasture-based, small-scale family farms, where animal care standards exceed those of other dairy companies. But this is far from reality.

The Tillamook County Creamery Association’s heavily advertised “co-op” of small family farms in Tillamook County represent just a tiny proportion of the company’s production. In reality, Located in the desert of eastern Oregon, the facility that provides the majority of Tillamook’s milk keeps 32,000 dairy cows (and more than 70,000 cows total) in inhumane, industrialized conditions. Tillamook sells dairy products nationwide under the “Tillamook” brand name, and is poised to do over $1 billion in sales in 2020.

Rather than living freely on the rolling green hills depicted in Tillamook advertising, the cows are artificially impregnated, have their calves ripped from them shortly after birth to stimulate milk production, and are continuously confined and milked by robotic carousels at this cement-floored factory farm.

These misrepresentations constitute a violation of Oregon’s consumer protection laws.

Who is being sued, why, and under what law? Tillamook County Creamery Association for violating Oregon’s consumer protection laws.

Why this case is important: As consumers become more aware of the cruelty in factory farming, demand grows for animal products produced in less abusive conditions. But some producers and retailers are advertising their products in ways designed to trick consumers into believing that their products are more “humane,” sometimes referred to as “humane washing.” The Animal Legal Defense Fund aims to stop this misleading, illegal conduct — to protect factory farmed animals and ensure consumers can make choices based on truthful information. 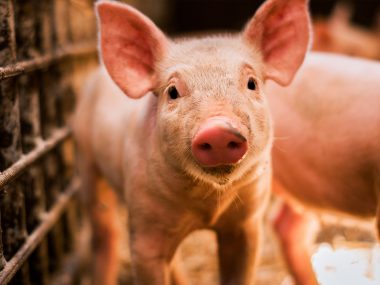 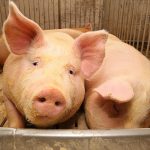 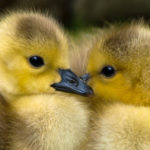