In St. Louis, horse-led carriage rides are particularly popular during the holiday season, from November through the end of January. But the city’s horse carriage industry is rife with cruelty and harm, even death.

The industry has inherent cruelties—but in St. Louis these problems are especially pronounced. The St. Louis Metropolitan Taxicab Commission is tasked with regulating horse carriages but fails to enforce legal regulations including provisions for animal welfare, veterinary care, housing, and work restrictions for the horses.

In 2014, the Animal Legal Defense Fund sued the St. Louis Metropolitan Taxicab Commission and its executive director Ronald Klein. The lawsuit was filed on behalf of the St. Louis Animal Rights Team. The [“writ and request for declaratory judgment was filed with the St. Louis City Circuit Court, a Missouri state court.

The lawsuit argued that in 2013, the St. Louis Metropolitan Taxicab Commission ceased to regulate horse-drawn carriages despite a statutory obligation to do so—with serious, more-than-hypothetical results. Just a month after the agency abandoned this responsibility, a horse named King collapsed and died while pulling a carriage in St. Louis. This horse’s death, and other horses’ injuries, were not fully investigated because of the Commission’s decision to abandon its regulatory duties.

The Animal Legal Defense Fund asked the court to order the Commission to resume regulating the horse carriage industry. The lawsuit was dismissed in 2015. 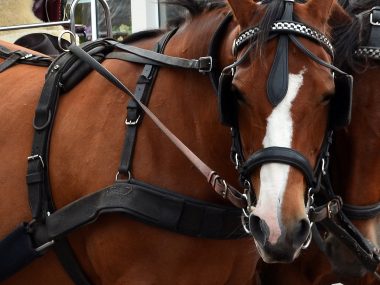 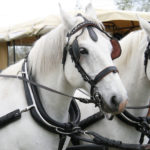 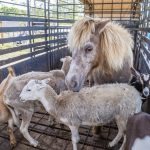