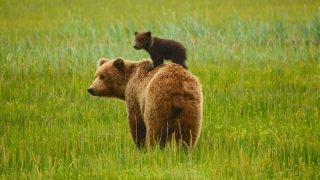 Where Are They Now? Akisha Townsend Eaton 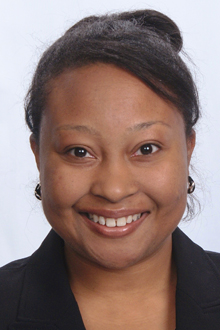 Akisha Townsend Eaton is senior policy and legal resource advisor for the nonprofit World Animal Net, an international organization with offices in Boston, the Netherlands, the United Kingdom, and South Africa. She works to identify, develop, and disseminate legal and policy resources that can help the global animal protection movement. To do this, she wears many hats. “One day I might be on a teleconference with a body such as the European Union on issues including international development and animal welfare standards, and the next day I might be reviewing organizational documents and contracts,” she notes.

Her training and accomplishment as legal expert in the animal protection movement is equally varied and diverse. At Georgetown University Law Center, where she received her juris doctorate, she worked as a law clerk for Compassion Over Killing, The Humane Society of the United States, and the Pennsylvania Society for the Protection of Animals. In her third year of law school, she was an Animal Welfare Fellow in the office of U.S. Senator Mary Landrieu (D-LA). And of course, she was a 2009 recipient of ALDF’s Advancement of Animal Law Scholarship. After graduation from law school, Akisha worked for several years at the Humane Society of the United States in the Animal Protection Litigation Section.

Akisha completed her bachelor degree at Stanford University. In her last year at that institution she traveled to Oxford University for a one-on-one tutorial in Animal Theology under Reverend Professor Andrew Linzey through Stanford’s Study Abroad Program. While the discussions were theologically based, the tutorial sessions inspired Akisha to think about how she might make a difference for animals in her career. Upon returning from Oxford, she attended the first-ever International Animal Law Conference at California Western School of Law and was amazed to see attorneys who had developed full-time practices related to animal law. At that moment, she realized she wanted to become an animal protection attorney.

That desire shaped Akisha’s selection of law schools—she applied only to schools that had active chapters of the Student Animal Legal Defense Fund (SALDF), and Georgetown’s Law Center was a perfect fit. In the first week, her SALDF chapter held a brunch and she became active as a member, joining the chapter’s board the following year.

From her own experiences, Akisha encourages students to keep their eyes open for non-traditional points of entry into the field. “Developing a career in animal law can often require patience and flexibility,” she advises. “More opportunities than ever exist to get involved in animal law both in and outside of law school.”

Akisha lives in Glenwood, Maryland with her husband, but she spends as much time as possible in her home state of Kentucky. She has several animal neighbors in Maryland she interacts with on a frequent basis, including a group of inquisitive chickens and an extremely playful Italian sheepdog.

Among ALDF’s many efforts to support the field of animal law is our growing network of Student Animal Legal Defense Fund (SALDF) chapters on law school campuses throughout the U.S. and Canada. SALDF chapters provide a forum for education, advocacy, and scholarship, aiming to protect the lives and advance the interests of animals through the legal system. In this continuing series of updates on former SALDF members, ALDF is proud to spotlight Akisha Townsend Eaton.