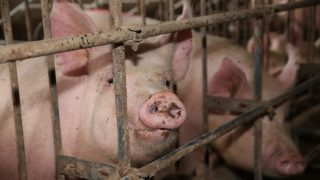 ARKANSAS — The American Civil Liberties Union, The Good Food Institute, Animal Legal Defense Fund, and ACLU of Arkansas today filed a lawsuit challenging an Arkansas law that would impose fines of up to $1,000 for every plant-based and cell-based meat product, such as “veggie burgers” and “tofu dogs,” marketed or packaged with a “meat” label. The labels would be subject to fines within state borders even if followed by modifiers such as “vegan,” “veggie,” or “plant-based.” Under the law, which is set to go in effect this week, products labeled as “cauliflower rice” (but not “riced cauliflower”) and “almond milk” would also be considered mislabeled and subject to fines for not containing any actual rice or dairy.

“More and more, consumers are seeking out plant-based foods that can be produced without cruelty to animals or polluting our environment,” says Animal Legal Defense Fund Executive Director Stephen Wells. “But Arkansas’ lawmakers, kowtowing to the animal agriculture industry, have responded by enacting an unconstitutional law that makes truthful speech a crime.”

The lawsuit was filed on behalf of Tofurky in federal court. It argues the Arkansas law violates the First Amendment and the Fourteenth Amendment’s due process clause by improperly censoring truthful speech and creating consumer confusion in order to shore up the state’s meat and rice industries. The lawsuit adds that there is no evidence that the current labels mislead consumers, pointing out that Tofurky’s products all clearly indicate the products are plant-based, meatless, vegetarian, or vegan. The law’s proponents have admitted that the law’s purpose is to protect the agricultural producers in the state.

“The only confusion here seems to be on the part of the Arkansas legislature, which seems to have forgotten its responsibility to its constituents in its rush to pass an unconstitutional law at the behest of its special interest donors,” said Jaime Athos, CEO of Tofurky. “When consumers choose plant-based foods, it is not because they are confused or misled, it is because they are savvy and educated about the health and environmental consequences of eating animal products. What’s really going on here is that the state of Arkansas is seeking to limit access to healthier, more sustainable food choices for its constituents, and it is doing so to benefit the animal agriculture industry.”

The Arkansas law is substantially similar to meat-labeling censorship laws recently passed in Missouri, Mississippi, Louisiana, South Dakota, and other states. A number of those laws face similar legal challenges, including by the ACLU, Good Food Institute, and the Animal Legal Defense Fund. The Missouri law, for instance, was initially proposed by the Missouri Cattlemen’s Association. When discussing the perceived need for the Missouri law, state representative Jeff Knight publicly admitted that: “We’re just trying to protect our product.” Animal agriculture industry representatives previously warned producers that competition from plant-based and cell-based options is one of the “major challenges” the animal meat industry faces in 2018.