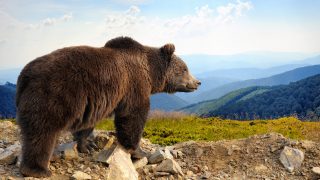 This Land is Our Land – Not Militant Ranchers’

On January 2nd, a group of self-styled “militiamen” occupied a federal building in the Malheur National Wildlife Refuge in Oregon to protest on behalf of two ranchers who were recently ordered to serve out prison terms after a jury of their peers convicted them of arson on federal lands. By now, most know that the Ammon Bundy and Co. destroyed cattle fencing that protected the refuge and the wildlife within from grazing cattle, drove tractors around and upon sacred Tribal sites, and engaged law enforcement in a fatal firefight. The full consequences of their month-long occupation of the refuge remains to be seen, as of this posting, a handful of holdouts remain. The refuge has been closed throughout and will remain so until further notice.

To be sure, citizens have the right to peacefully protest what they view to be unfair convictions and sentencing. But the driving force behind these protests is unfortunately misguided and far more disturbing. The militia were led by Ammon Bundy, the son of Clive Bundy – who owes $1 million to taxpayers for unpaid grazing fees. The Bundy’s are poster children for a political movement that advocates armed resistance against federal control over public lands.

Only there’s a fairly sizeable wrinkle in their ideology: that land that they wish to exert control over and use for their own commercial benefit is held in public trust for all of the American people.

The protection that the public trust was intended to provide to our natural resources has largely failed – in no small part because public lands ranchers like Clive and Ammon Bundy are a vocal and politically powerful minority. They produce less than 3 percent of American beef, yet they have access to approximately 24 percent[i] of land in this country for their own private financial gain, while taxpayers foot the bill.

As a result of this, much of the public lands in the American West is basically a taxpayer-subsidized gestation and feeding facility for a relatively small subsector of the beef industry.

Public lands grazing occurs on an estimated 229 to 260 million acres, approximately 85 percent of all of the lands managed by the federal government. Under the dubious guise of protecting livestock, the USDA’s Wildlife Services spends $8 million to kill more than 94,000 native wildlife such as coyotes and wolves each year – keystone species in these fragile ecosystems. Public lands grazing is also the driving force behind cruel and inhumane coyote killing contests – such as the one that ALDF successfully shut down in Burns, Oregon, where the Malheur National Wildlife Refuge is located – as well as the cruel wild horse round-ups conducted by federal land management agencies.

Conservation biologists have long warned that livestock grazing is the “most insidious and pervasive threat to biodiversity on rangelands.”[ii] More than 175 plant and animal species are threatened by the effects of livestock grazing on public lands and it has contributed to the decline of almost one quarter of federally listed threatened and endangered species.

It’s no accident or coincidence that Bundy’s militia chose to occupy a wildlife refuge. By attacking the Malheur National Wildlife Refuge, they have publicly admitted who (and what) they are really at war with: the wilderness and nature that belongs to all Americans and to future generations.

[i] Calculated from the 28% of lands owned by the federal government, and the 85% of that land permitted for grazing.