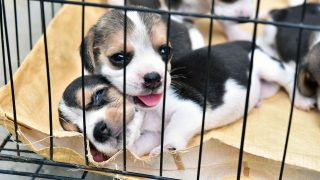 Though Craigslist has officially banned the sale of companion animals, animals are routinely sold on its platform. Farmed animals including pigs to dogs and cats to lizards and snakes continue to be advertised and purchased on Craigslist under the guise of “re-homing.”

Unscrupulous breeders, mill operators, and animal brokers are exploiting this loophole to sell critically ill animals as well as dupe families into paying for animals they never receive. Many animals die shortly after purchase, or require costly veterinary care. Craigslist’s current policy not only leaves users at risk of purchasing unhealthy, nonexistent, or stolen companion animals — but it leaves countless other animals not classified as “pets” in danger as well.

Craigslist can end the exploitation of these animals by banning the transfer of all animals on its website.

The Animal Legal Defense Fund sent a letter to Craigslist urging it to protect animals by shutting down sales, but we need your help.

Use the form below to ask Craigslist executives to ban the transfer of all animals on its platform today. 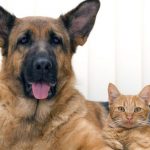 Tell Us Your Craigslist Story

The Animal Legal Defense Fund would like to hear from people who have been victimized by breeders and animal brokers on Craigslist.

Tell us your story