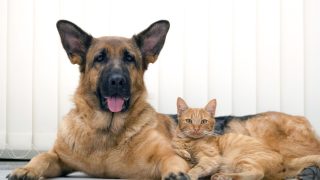 Tell Us Your Craigslist Story

Though Craigslist has formally banned the sale of animals through its platform, sales continue. Claiming the animals — ranging from farmed animals like pigs to dogs and cats — are being “re-homed” instead of sold, unscrupulous breeders and mill operators are still advertising and selling animals through the website to unsuspecting families.

Many of these animals have serious health problems and are sometimes so ill that the animal dies shortly after arriving — leaving families heartbroken and saddled with thousands of dollars in veterinary bills. Other families have paid hefty deposits but never receive an animal, duped by scammers.

Animals are living, feeling beings who should be treated accordingly, not sold online like a used couch or television.

The Animal Legal Defense Fund would like to speak with families who have been victimized by breeders and animal brokers on Craigslist. Please share your story in the form below. We may be in touch with you for additional information.