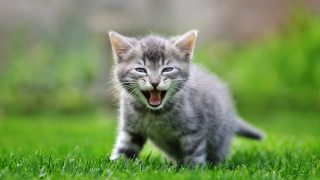 NEW YORK – Today the Animal Legal Defense Fund announced that a settlement agreement has been reached with the State University of New York (SUNY), in a high-profile lawsuit, filed on behalf of Citizens for Alternatives to Animal Research & Experimentation (CAARE), over animal care records relating to painful and invasive experiments on the brains of kittens and young cats.

As part of the settlement, SUNY has committed to producing documents that prove its College of Optometry has ceased its experimentation on cats. It will also provide previously withheld public records regarding the cat experiments and provide records about similar research carried out on nonhuman primates at the College of Optometry.

“SUNY has conducted cruel experiments on cats using taxpayer dollars, while trying to evade the transparency required by law,” says Animal Legal Defense Fund Executive Director Stephen Wells. “Today’s settlement comes too late for the cats who have already suffered but knowing the experiments have been terminated is a victory. ”

Since 2002, SUNY’s College of Optometry has engaged in cat experiments with the stated purpose of understanding the part of the feline brain controlling vision. However, the research — which began at Rockefeller University in 1985 — has killed hundreds of cats without producing any information applicable to human vision disorders.

“These experiments on cats are barbaric and shocking. They began 35 years ago, before amendments to the Animal Welfare Act were enacted to impose heightened constraints on animal research. We’re pleased that the scrutiny of our lawsuit was instrumental in bringing them to an end,” says CAARE’s president, Barbara Stagno.

In the experiments, which have used some $7.9 million taxpayer dollars, young cats and kittens between the ages of 4 and 12 months were anesthetized and then surgically dissected in procedures that lasted hours and possibly days. The cats’ heads were mounted in frames, and their eyes were forced open with contact lenses. While alive, their skulls were removed, and electrodes were inserted into their brains. Further precise details, such as how many cats were used in the experiments and what steps were taken to minimize their pain, have remained unknown because of SUNY’s refusal to provide the public documents as required by law.

SUNY’s refusal to release public records regarding these invasive experiments violates New York’s Freedom of Information Law (FOIL) — a state law similar to the federal Freedom of Information Act, which requires and facilitates government transparency. The lawsuit was filed in 2018 to force the university to provide these records and comply with FOIL. In July, the Supreme Court for the State of New York denied SUNY’s attempt to dismiss this lawsuit.

Other animals, including primates, are still at risk of being experimented on by SUNY. The Animal Legal Defense Fund and CAARE will continue to monitor animal experiments at SUNY and use all tools at the organizations’ disposal to protect animals used in research.

The Animal Legal Defense Fund and CAARE were represented in this action by the Washington, DC, public interest law firm Eubanks & Associates, LLC.