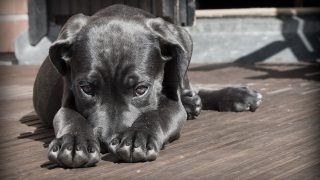 For the 11th year in a row, Illinois takes first place — followed by Oregon (2), Maine (3), Colorado (4), and Massachusetts (5). Kentucky holds steady in last place for the 12th consecutive year, followed by Mississippi (49), Iowa (48), Utah (47), and New Mexico (46) rounding out states with the weakest animal protection laws.

Louisiana (7) and Massachusetts (5) were the most-improved states in 2018, in part because both states markedly improved their laws banning the sexual assault of animals. Massachusetts’s new bestiality statute was part of the state’s comprehensive PAWS II Act, a bill that made improvements to numerous animal protection laws. Louisiana also passed two other animal protection laws concerning the safety of dogs and cats in extreme weather conditions. Last year Louisiana was ranked at number 21, with Massachusetts at 14. 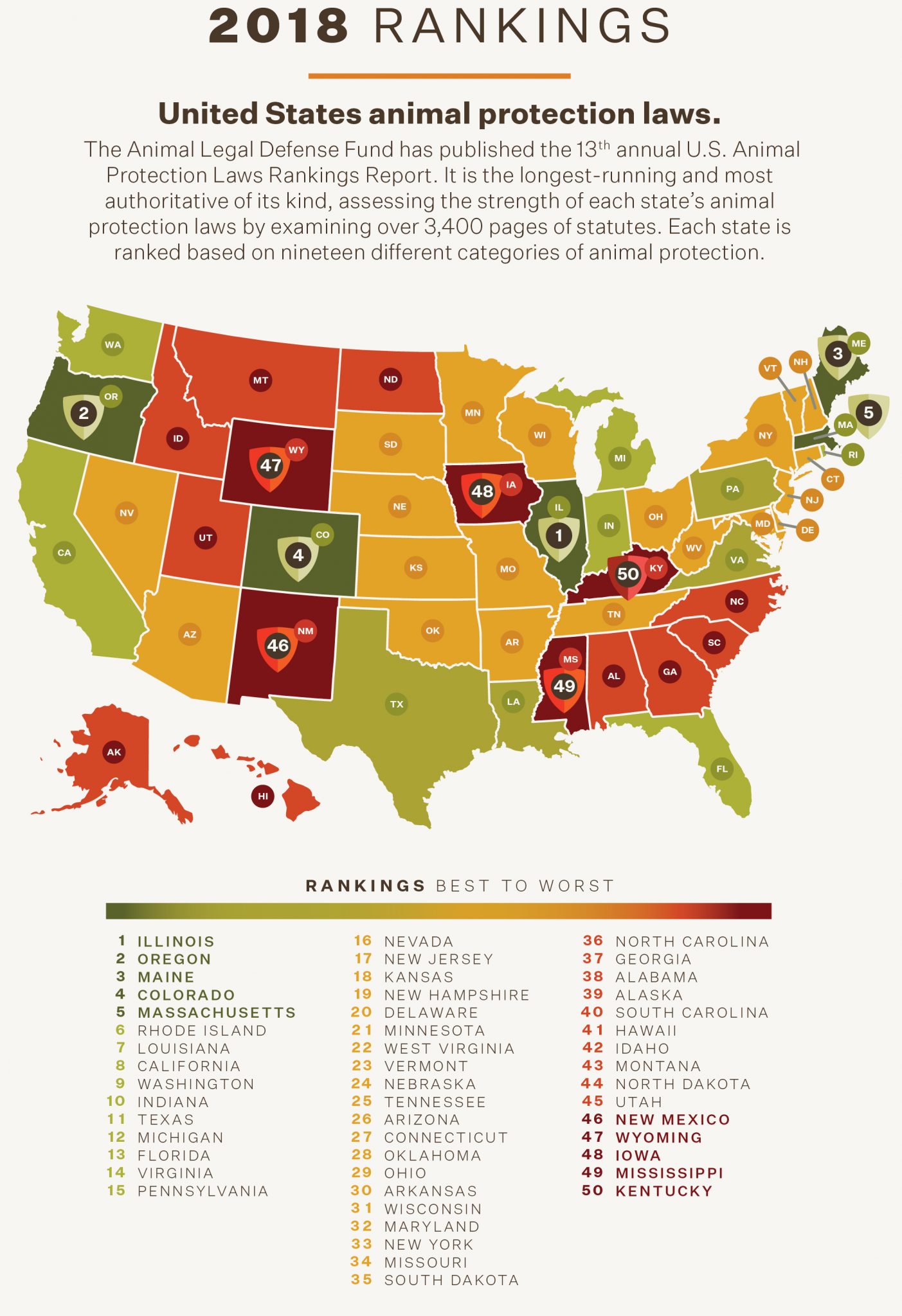 New trends highlighted in the Rankings Report include possession bans — a post-conviction remedy allowing courts to prohibit convicted animal abusers from owning or living in the same household as an animal, or even from having contact with an animal. This year, seven states have created or strengthened their possession ban statutes.

These changes and others are part of a broader evolution in animal law. As noted in the 2018 U.S. Animal Protection Laws Rankings Report, the Animal Legal Defense Fund has found that the scope and depth of animal protection laws have changed dramatically in the 13 years since the first state Rankings Report was published.

“Every year, we see more states enacting broader legal protections for animals. This tremendous progress is detailed in the Rankings Report,” says Animal Legal Defense Fund Executive Director Stephen Wells. “We have a long way to go until animals are fully protected under the legal system as they deserve, especially in the lowest-ranked states but elsewhere as well, and that’s why we fight so hard in our legal work for animals. But as this year’s Rankings Report shows, step by step we as a nation are improving how the law treats animals.”

The Rankings are based on a comprehensive review of each jurisdiction’s animal protection laws including over 3,000 pages of statutes. This is the longest-running and most authoritative report of its kind, and tracks which states are taking animal protection seriously.