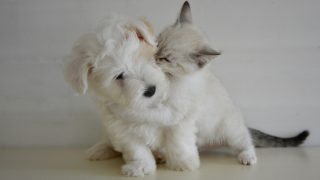 San Francisco has become the latest jurisdiction to outlaw the sale of commercially bred dogs and cats in retail stores. San Francisco’s new ordinance, passed unanimously by the city’s Board of Supervisors on February 14, 2017, prohibits retail stores from selling commercially bred dogs and cats, and instead encourages stores to partner with animal shelters and rescue groups to display adoptive animals. It also bans the sale of puppies and kittens under eight weeks old.

The new law applies only to retail stores and does not make it illegal to breed dogs and cats; people still can purchase an animal directly from a breeder, where “the consumer can see the conditions in which the dogs or cats are bred or can confer with the breeder concerning those conditions.”

Although there are no retail stores currently selling commercially bred dogs and cats in San Francisco, this law will prohibit any from doing so in the future. Restricting retail sales in this way is intended to reduce the number of dogs and cats who are killed in shelter facilities each year by decreasing the commercial demand for animals bred in puppy and kitten mills—the large-scale breeding facilities which are major suppliers of animals sold in retail stores—and increasing demand for animals from animal shelters and rescue organizations.

Additionally, the legislation is designed to “promote community awareness of animal welfare and foster a more humane environment in San Francisco,” as well as reward humane business practices. According to an editorial in the San Francisco Examiner co-written by sponsoring supervisor Katy Tang:

“… This ordinance also acknowledges San Francisco businesses for their humane business practices. The large majority of pet stores in this country have stopped selling puppies and kittens and instead profit from selling pet-related products and offering quality services. Most also partner with local shelters to promote the benefits of adoption and regularly host events to help animals find new loving families. This is the model followed by San Francisco’s existing pet stores, and they should be recognized for doing the right thing and encouraged to continue.”

San Francisco joins a steadily growing list of cities that have passed bans on the commercial sale of dogs, cats, and in some cases, rabbits. Since Albuquerque became the first to pass such a ban in 2006, larger cities that have enacted similar legislation include Chicago, Philadelphia, Boston, San Diego, Los Angeles, Austin and Las Vegas.

These laws are part of a growing national movement to combat puppy and kitten mills, which treat animals like a cash crop, keep them in poor conditions and deceive consumers. While some of these laws allow exceptions for small breeders, they are still a positive step toward 1) reducing the number of unadopted companion animals who are put to death in shelters each year, 2) reducing in the long run the number of animals who suffer in the substandard conditions that are the norm in breeding operations by eliminating the market for commercially bred dogs and cats, and 3) encouraging people to view animals as sentient beings rather than disposable commodities.

Until they are outlawed completely, the Animal Legal Defense Fund also uses litigation to improve conditions in puppy mills, including a recent landmark victory in Pennsylvania in which the court struck down regulatory exemptions that had significantly weakened the state law regulating large commercial breeding facilities. The decision restored the integrity of the law and reinstated a comprehensive set of requirements for commercial dog breeders, including a prohibition on metal wire flooring and ensuring mother dogs have unfettered access to exercise areas. The Animal Legal Defense Fund, with the Humane Society of the United States and law firm Locke Lord LLP, also recently settled a lawsuit against Chicago pet store chain Furry Babies, which is now required to disclose the specific source of its puppies, thereby giving consumers who do not wish to support the cruel puppy mill industry the ability to make an informed choice.